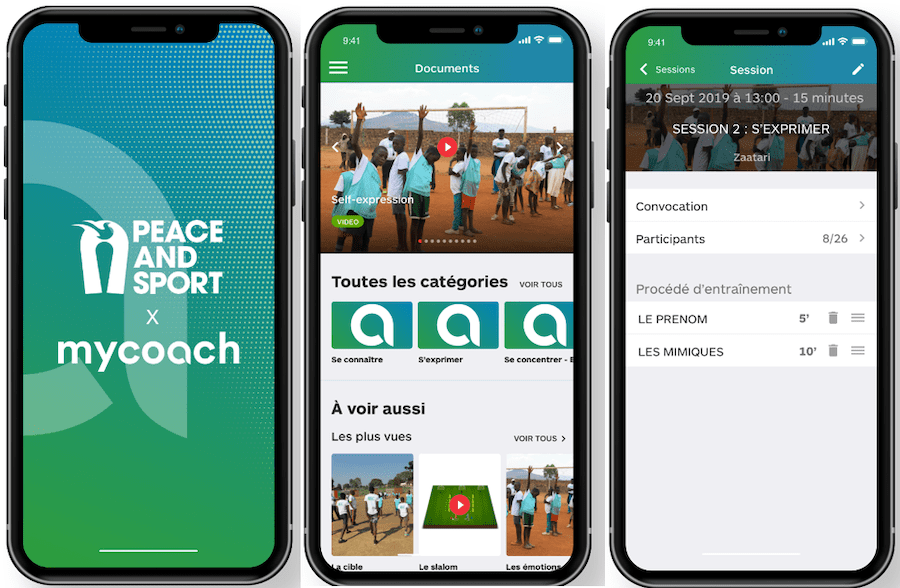 A new app by Monegasque organisation Peace and Sport is making it easier for educators and facilitators to spread the message of using sport as a means of creating a more peaceful and non-violent world.

Joël Bouzou, former World Champion and Olympic gold medallist in the Modern Pentathlon, first hit upon the idea that sport could be a tool used for peace back in 2007. This seed of an idea became Peace and Sport, his charitable foundation that has been a success in turning conflict into friendly play.

Since its inception, Peace and Sport has been critical in helping child soldiers reinsert themselves into normal society; it has given war orphans new-found confidence and refugees a purpose; and has helped give kids access to education who may otherwise not have that option.

On Monday 21st September, the organisation led by Mr Bouzou, rolled out a new app to get their message out to even more people. The launch was attended by Monegasque dignitaries including Minister of State Pierre Dartout, National Council Vice-President Brigitte Boccone-Pagès, and Director General of the Department of the Interior Christophe Prat.

Created in collaboration with Nice company MyCoach, the new application brings together an e-learning platform with instructions for facilitators, educators and teachers who may not be well-versed in the world of sport. Videos and tutorials show them how to incorporate the methodology developed by Peace and Sport to help displaced and underprivileged children and adults learn new sets of values under the auspice of friendly competition.

The app also features a way to make it possible to track the results of the work being done in order to attract more investment and interest in the organisation.