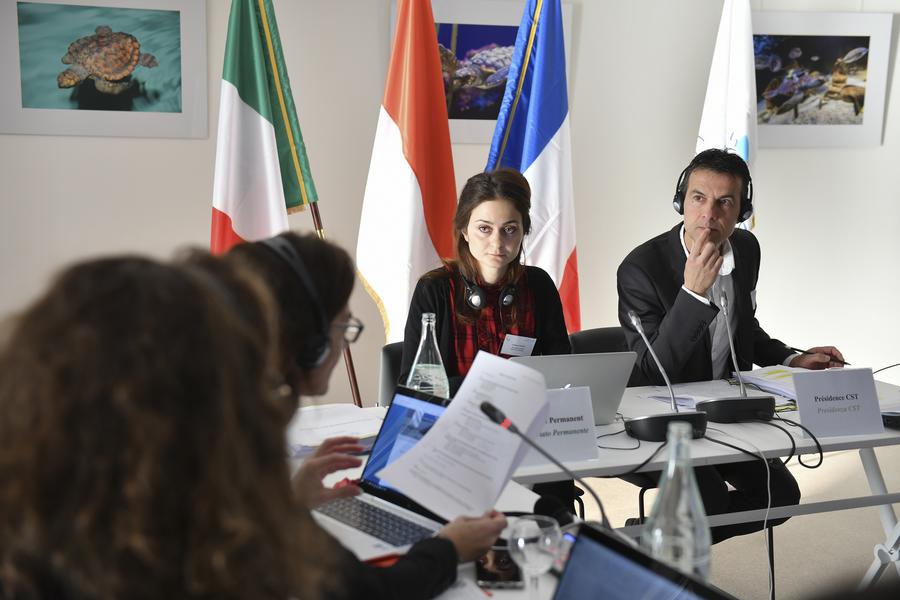 The 12th Scientific and Technical Committee of the Pelagos Agreement, chaired by Alain Barcelo, has met at the Oceanographic Museum.
The meeting took place on Thursday 23rd January in the presence of representatives of the three member countries involved in the Scientific and Technical Committee – France, Italy and the Principality of Monaco. During the meeting, the work program and forecast budget for the 2020-2021 biennium were discusses.
The meeting was attended by many interested parties, including ACCOBAMS, WWF France, Legambiente Onlus, Tethys Research Institute, Souffleurs d’Écume, CIMA Research Foundation, Aire Marine Protégée de Portofino and GIS3M.
Meanwhile, a progress report was drawn up on international projects, funded by the Permanent Secretariat of the Pelagos Agreement, making it possible to identify management proposals for sanctuary areas that are at threat.
At the end of the meeting, the Scientific and Technical Committee formulated recommendations which will be submitted to the next meeting, which will be held this year in Italy.
The Pelagos Agreement, relating to the creation in the Mediterranean of a sanctuary for marine mammals, was signed in Rome in 1999 by Italy, France and the Principality of Monaco and entered into force in 2002. Its objective is to protect marine mammals and their habitats from all causes of disturbance. The Pelagos Sanctuary recently renewed its status of Specially Protected Area of ​​Mediterranean Importance (ASPIM) of the Barcelona Convention and represents the only international protected marine area in the Mediterranean dedicated to the protection of marine mammals.