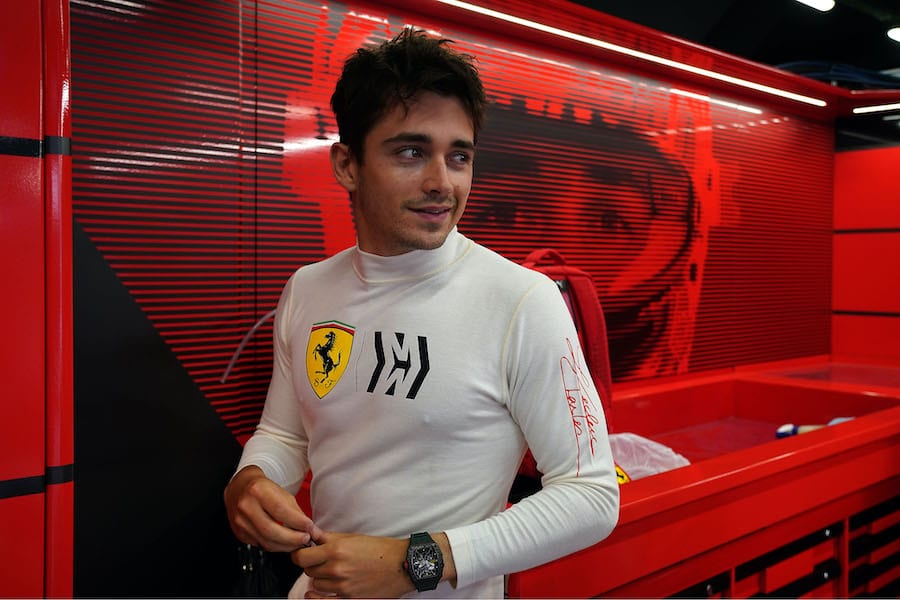 Fans of Charles Leclerc will this year be able to cheer the Monegasque driver on from their own dedicated stand, after its inauguration was postponed last year with the cancellation of the Monaco Grand Prix.

Simply dubbed the Charles Leclerc Grandstand, supporters can enjoy a two-day, Saturday and Sunday package located in grandstand K where they will be offered an official signed cap and t-shirt, a Ferrari bag, the race programme and two live Zoom videoconferences from the garage or Ferrari hospitality area, where the pilot speaks directly to his fans. The cost of the package is €800.

The structure has a thousand seats, but due to health restrictions only 500 seats will be up for grabs. It is ideally situated near Turn 12, colloquially known as Tabac, which has an excellent harbour view on the track from the exit of the port to the first chicane of the swimming pool.

Leclerc isn’t the first to offer such a treat to his fans. Dutch driver Max Verstappen has a stand for his local fans as well.

But the recent successes that Leclerc has enjoyed will make this homecoming race even more special for him and his fans. He came in fourth on Sunday at the Spanish Grand Prix in Barcelona and has been having a good season overall. The new car design that Ferrari launched this year has given the team a much-needed boost and is working out far better than last year’s extremely mixed showing.

The Monaco Grand Prix will take place on Sunday 23rd May, with race time at 2pm.

READ ALSO: Leclerc: “We were the standout”