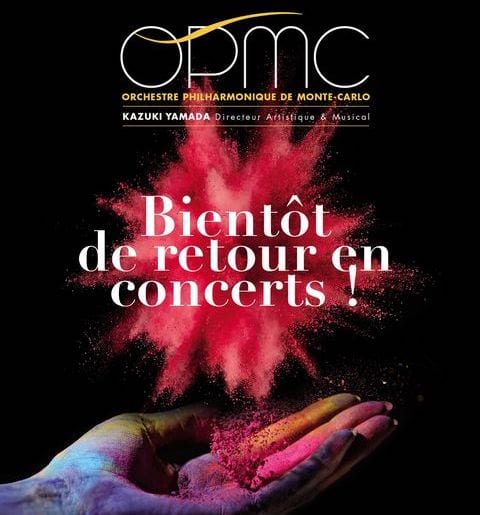 The Monte Carlo Philharmonic Orchestra is returning this month for the 2020-21 season with a slew of new events to entice music lovers of all ages.
After a long Covid-inflicted break, the Monte Carlo Philharmonic Orchestra is back and ready for their new season under the theme ‘At the heart of the music’.
The season’s line-up runs the musical gamut and will include family-friendly cine-concerts, concerts by celebrated musicians, young people’s shows, and for those so inclined, musical happy hours. These are in addition to regular seasonal favourites such as the Christmas concert and the summer concert series held at the Prince’s Palace.
Conductor, Artistic and Musical Director Kazuki Yamada is back on 20th September for the Grand Opening Night of the season at the Grimaldi Forum at 6pm which will kick off with a Beethoven concert series featuring Antje Weithaas on violin, Marie-Elisabeth Hecker on cello and Martin Helmchen on piano. This will be followed up with three more nights of Beethoven on the 25th of Sptember at 8pm, the 26th also at 8pm and the 27th at 6pm, all at the Rainier III Auditorium.
“2020 has been a straining year, as unexpected and difficult events came across our lives,” Yamada says in his open letter on the Philharmonic’s website. “Our very perception of life has been challenged, altering our vision on music and culture as well.”
“Music has always had a tremendous impact on people’s emotions, therefore we decided to set the theme of ‘at the heart of the music’ as we approach the new season. May we remain united and face the upcoming obstacles thanks to the healing power of music.”
The upcoming season will take place from September to June and will hit the ground running. In addition to the regular concerts, the Philharmonic will be presenting their works to the retirement homes of Monaco as well as to those at Princess Grace Hospital.
Additionally, in a programme being run in conjunction with the Department of Education, the Philharmonic will offer workshops with the artists to school-aged children in the Principality. Pre-schoolers will be able to learn each family of instruments, middle school aged kids will look at orchestration and the high schoolers will be taught to make the link between music, art and literature.