Philippe Clement: “I am someone who wants to win everything”

Philippe Clement: “I am someone who wants to win everything” 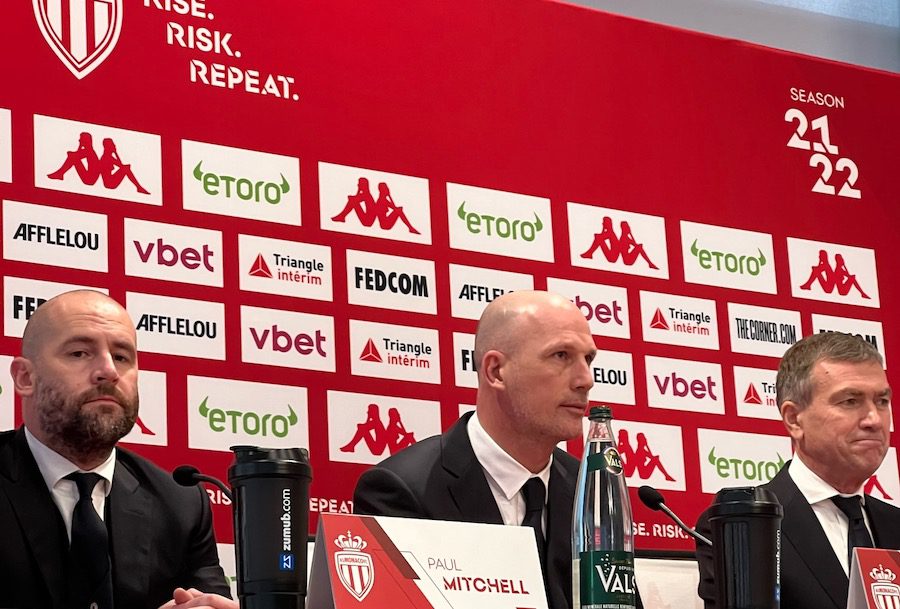 New AS Monaco coach Philippe Clement was flanked by Vice President Oleg Petrov and Sporting Director Paul Mitchell at a press conference on Wednesday as a new chapter in the club’s distinguished history got under way.

Wednesday’s press conference in a packed auditorium at Monaco’s world-class training facilities in La Turbie began with a statement from Petrov, in which he explained the decision to sack Niko Kovac. “At the mid-season break, we did a full analysis of everything that has happened, and that led us to this decision to make the change. It wasn’t an easy decision.” Petrov did, however, thank Kovac for his work. “I want to thank Niko and his technical team massively for everything that they have done. They have put in place the first phase of this sporting project.”

Mitchell sees Clement as the perfect successor to Kovac, as the project put in motion following his arrival in 2020 takes its next step. “2022 brings a new phase to our strategy here at AS Monaco,” the Englishman told the assembled press. He added, “Being a serial, three-time winner at Club Brugge and Genk, we felt he was the right profile at the right time to take this club a step forward in its ambitious project.”

In his first appearance before the press, Clement expressed his delight at having taken up the role: “I am so happy to be here in such an ambitious project. It is an honour to be in one of the top five divisions in the world, and I hope I can replicate what I did in Belgium.”

Asked by Monaco Life about his objectives for the rest of the season, the Belgian chuckled and looked at both the Vice President and the Sporting Director before saying, “Objectives? It’s always dangerous with people like this.” Without wanting to commit to a particular league standing, he continued, “I am someone who wants to win everything. That is always my objective. You have to do everything, every day to be as strong as possible. Creating a core group of winners – that is the most important thing.”

Mitchell also responded to Monaco Life, expressing his confidence in Clement’s ability to extract the club’s enormous potential. “I think the decision that we have come to is that we feel that there is more potential to be had at this moment with these great facilities, with a great team of staff that we have around the team, our constant support from our shareholder and the Principality, and now with a forward-thinking coach like Philippe – a winner, but also a manager with a great history of developing talent.”

The club hierarchy gave off an undeniably defiant, confident tone throughout the conference, as they entrust the next stage of their daring sporting project to Clement, who is champing at the bit to get started and write his own chapter in Monaco.