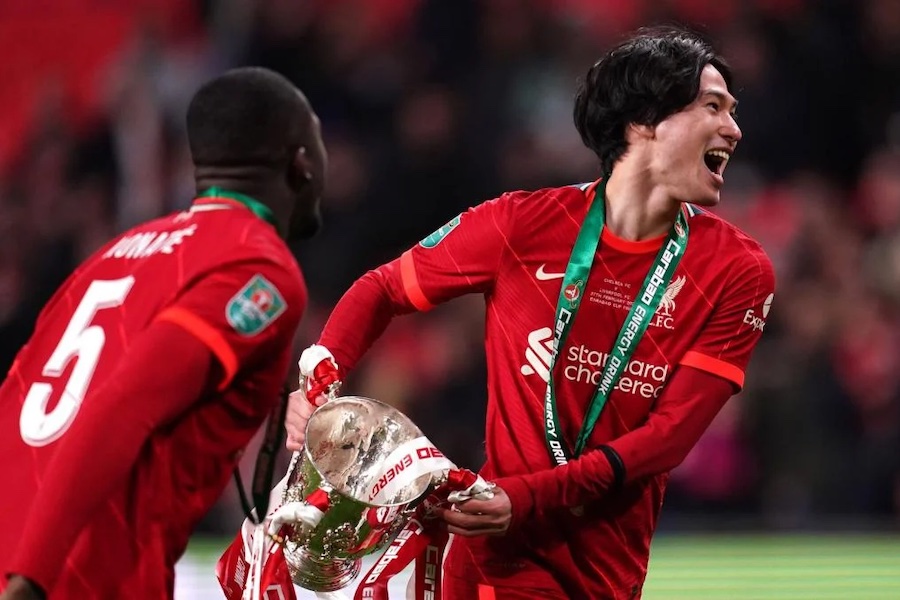 Having had their wallets lined by the sale of Aurélien Tchouaméni to Real Madrid for what RMC have reported to be a €100 million fee, Monaco have already set about reinforcing their existing squad ahead of the 2022/23 season.

Takumi Minamino was first linked to Monaco in January, and rumours surrounding his arrival at Le Rocher intensified following the sale of Tchouaméni. His imminent transfer was then confirmed on Saturday during an interview with AFP.

He said, “I am very happy. I have known him for a long time. He was very high on our list. Everyone here is convinced that he has the ability to bring something to the group.”

It’s not just Clement who is familiar with the Liverpool player, who joined the Merseyside club for €12.5 from Red Bull Salzburg in 2020. Although at different clubs, Minamino was part of the Red Bull franchise at the same time as AS Monaco sporting director Paul Mitchell was chief scout at German side Red Bull Leipzig.

According to Fabrizio Romano, he will join the Principality club for €15m plus €3m in add-ons. Minamino has reportedly chosen Monaco over Lyon due to his attraction to featuring in the Champions League next season.

The Japanese international, who has 17 goals in 42 appearances for his national side, is in the search for more game time. Since joining over two years ago, Minamino has only made 55 appearances for Liverpool, 34 of those from the bench, and has scored 14 goals.

The deal is yet to be made official by either club, but Minamino’s arrival now looks a question of when and not if, and he will bolster an already loaded attacking force ahead of their attempts to guide the club to the Champions League group stages.