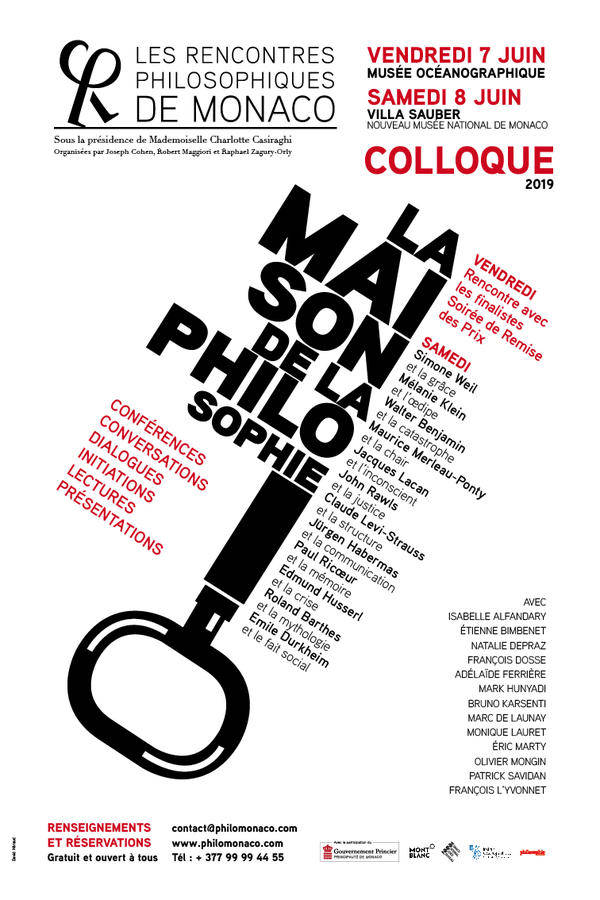 The 4th symposium of the Philosophical Encounters of Monaco will be held this year on Friday 7th and Saturday 8th June.

The annual event centres on a specific theme every year and during the symposium, a jury of prominent thinkers bestows three awards. First, the Philosophical Encounters of Monaco Award is given to a work of philosophy published in French during the previous year. There is also an Honourable Mention which is given to a French-language publisher who has made notable contributions toward publishing philosophical works. Finally, a student is awarded the Lycée Student Award for an exceptional essay on a chosen subject.

The Oceanographic Museum will host the first event, where the five finalists will be acknowledged, followed by the awards ceremony and a lecture and musical performance.

On 8th June, the New National Museum of Monaco will be the site of ‘The Lessons of Philosophy’ beginning at 10am. Each of the 12 lessons will present the thoughts of a major 20thcentury philosopher based on a concept, theme, specific subject or object central to his or her works.