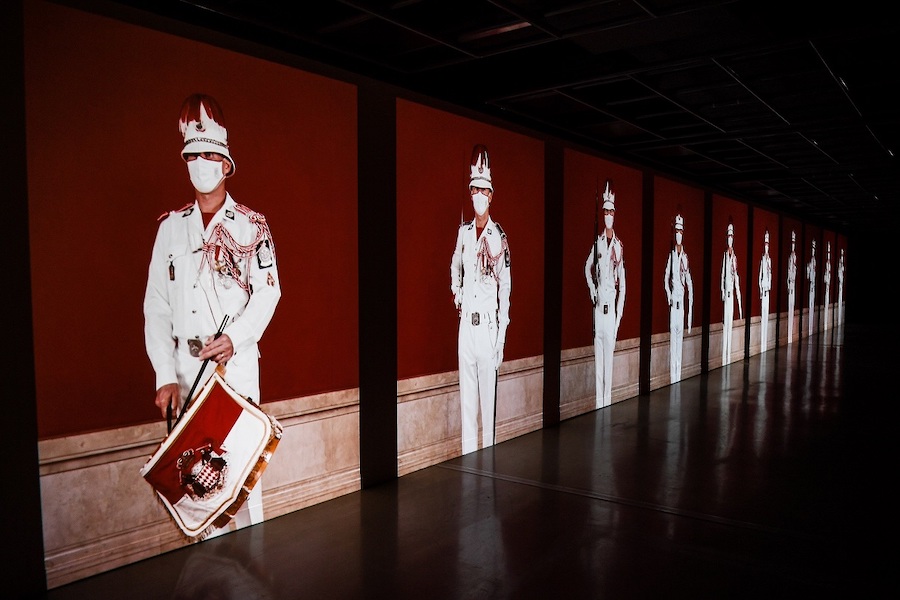 A new exhibit by French photographer Charles Fréger features the people of Monaco going about their everyday lives in the age of social distancing.
The new exhibition, organised and produced by the Cultural Affairs Department, presents photographer Charles Fréger’s look at post-confinement Monaco.
The artist examined the different communities and groups that make up the country’s identity. He filmed workers, athletes, people at school and artists going about their days in this new era of social distancing, choosing moving images as way to highlight the times and creating greater proximity between the subjects and the audience.
“The monumental portraits projected on a linear wall of 26 metres, relate, for the first time in the work of Charles Fréger, more to the installation than the exhibition of photographs,” says the event’s curator, Björn Dahlström.
Fréger is known for his take on folk rituals and traditions across cultures and has been featured in many publications such as National Geographic. He also has several books including Wilder Mann, Parade: The Painted Elephants of Jaipur, Spirits of Japan and Potraits in Lace: Breton Women.
The exhibition is free and runs every Tuesday to Sunday until 3rd January 2021 from 1pm to 7pm at the Salle d’Exposition, Quai Antoine-Ier.