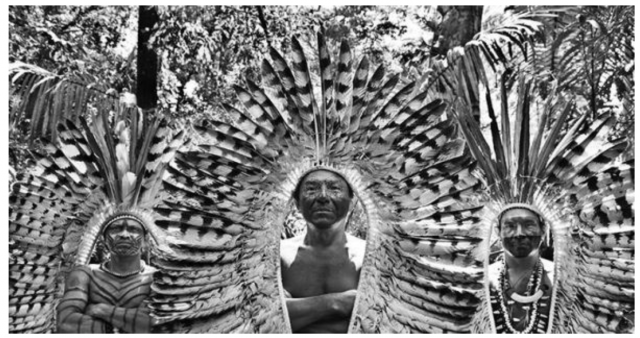 The Prince Albert II of Monaco Foundation has joined a worldwide call for Brazil’s leaders to take immediate action to save the country’s indigenous people from a Covid-19 “genocide”.
Franco-Brazilian photojournalist Sebastiao Salgado has made a career of capturing moments-in-time of the world’s poor and dispossessed around the globe. In recent years, he has turned his attention to the people of the Amazon rainforest.
Now, in an open letter to far-right Brazilian President Jair Bolsonaro, the 76-year-old artist has gathered together signatories such as Brad Pitt, Madonna, Sir Paul McCartney, Richard Gere, Meryl Streep and Monaco’s own Sovereign Prince to aid in his cause and plead for assistance in saving them from decimation from Covid-19.
The news has been full of terrifying reports out of the country, where the disease is running through the area like wildfire with 116,000 confirmed cases and nearly 8,000 deaths to date. This figure is thought to be as much as 15 times less than the actual number of cases, as many go unreported due to lack of testing.
The Amazon region is sparsely-populated and the numbers make it appear like it is the least hard hit, but the natives of the region are by far the most vulnerable, having little to no immunity to western diseases. To date, there have been 649 deaths in the region.
President Bolsonaro, already known to be openly hostile to the indigenous population, has dismissed the virus as media hysteria, calling it “a bit of a cold”. His handling of the health crisis has been widely criticised in both his home country and abroad, where he long dismissed the idea of social distancing and has been defiantly photographed at bakeries, markets and pharmacies, despite measures taken by his state governors to contain the epidemic.
The president’s negligent actions have sparked protests in the nation amid lockdown measures taken by local leaders, notably nightly pot banging sessions which have reportedly been growing as the weeks of confinement drag on.
Salgado’s letter is less about trying and change Bolsonaro’s mind than it is to put pressure on the president to force him to take measures to protect his people. Barring that, the outpouring of support from outside sources could prove effective in finding ways to keep the indigenous Amazonians safe.
The letter in full reads:
“The indigenous peoples of Brazil face an extreme threat to their very survival because of the coronavirus pandemic. Five centuries ago, these ethnic groups were decimated by diseases brought by European colonisers. Since then, successive epidemiological crises have killed the majority of their populations. Now, with this new scourge spreading rapidly across Brazil, indigenous peoples, such as those who live isolated in the Amazon Basin, could be wiped out altogether since they have no defence against Covid-19.
Their situation is doubly critical because the territories reserved by law for the exclusive use of indigenous tribes are now being invaded by miners, loggers and cattle ranchers. These illicit activities have accelerated in recent weeks because the Brazilian authorities charged with protecting these lands have been immobilised by the pandemic. As a result, with nothing to shield the indigenous peoples from this highly contagious virus, they now face the real risk of genocide caused by infections brought by illegal intruders on their lands.
Such is the urgency and seriousness of the crisis that, as friends of Brazil and admirers of its spirit, culture, beauty, democracy and biodiversity, we appeal to the President of Brazil, His Excellency Mr. Jair Bolsonaro, and to the leaders of Congress and the Judiciary, to take immediate measures to protect the country’s indigenous populations against this devastating virus.
These indigenous peoples are part of the extraordinary history of our species. Their disappearance would be an utmost tragedy for Brazil and an immense loss for humanity. There is no time to lose.”
The petition can be found at https://bit.ly/3aY7YSV
PHOTO: ©Sebastiao Salgado via fp2a.org