Photos: 76th anniversary of the Liberation of Monaco

Photos: 76th anniversary of the Liberation of Monaco 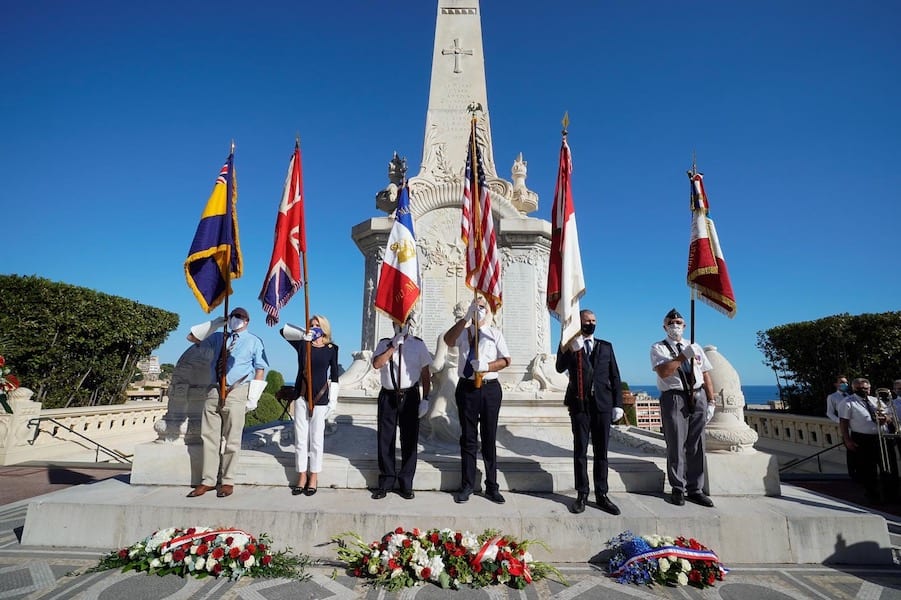 A number of ceremonies have been held throughout the Principality to mark the 76th anniversary of the Liberation of Monaco, which took place on 3rd September 1944.
The occasion marked the first public responsibility for Minister of State Pierre Dartout, who presided over the ceremony on Thursday evening in front of the Monument aux Morts in the Monaco Cemetery.
The Principality was occupied from 1942 by the Italians and then by the Germans in 1943.
After a few days of clashes and fire by the Allied navy in the hills of Beausoleil, La Turbie and Mont Agel, Monaco was liberated on 3rd September 1944 by American troops and resistance forces. There were many Monegasque heroes, including René Borghini, Secretary of the Presidency of the National Council, and Esther Poggio, his liaison officer, who were arrested in Monaco in July 1944 for resistance and shot on 15th August 1944 in Nice, as was Joseph Lajoux, another Monegasque hero of the resistance.
To mark these events, and to pay tribute to the known and anonymous heroes of this period, the National Council joined in the ceremonies marking the 76th anniversary of the Liberation in front of the commemorative plaque dedicated to René Borghini and Esther Poggio at the foot of the National Council building.
National Council President Stéphane Valeri paid tribute to the resistance fighters, saying, “we remember all those who fell to liberate our countries, after the leader of France Libre called them to resist,” alluding to General de Gaulle, whose grandson, Yves de Gaulle, was present at the ceremony.
A number of remembrance ceremonies took place throughout the day, including those in Beausoleil and Cap d’Ail.
Click on photos below to enlarge…