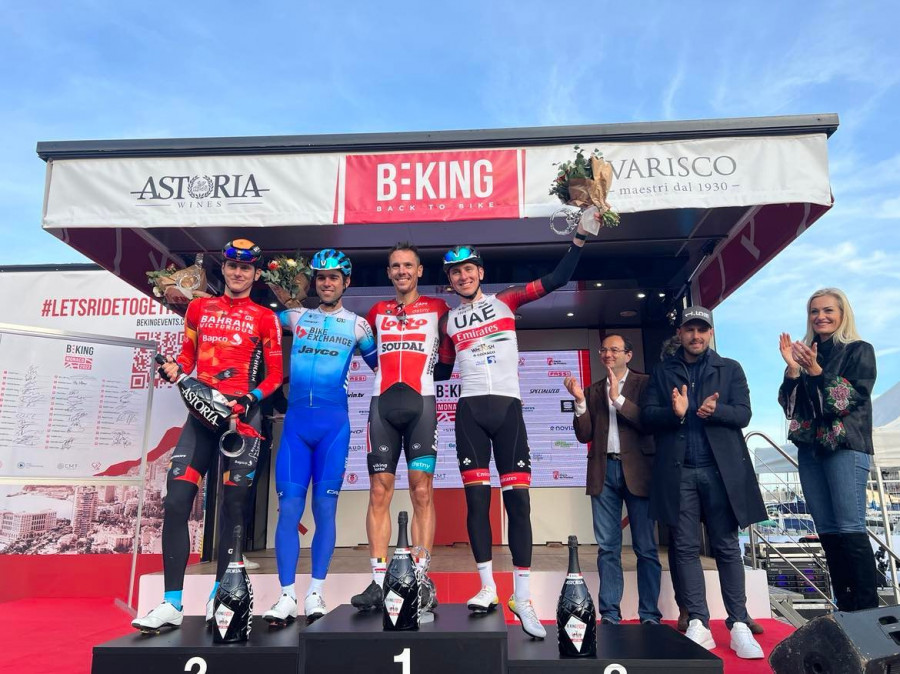 Philippe Gilbert’s glittering professional cycling career ended in fairytale fashion on the streets of Monte-Carlo, as he won the second edition of Beking on Sunday amidst a fun family atmosphere.

A career spanning 19 years, which has included winning titles such as the UCI World Tour and classic races such as the Paris-Roubaix, came to an end on Sunday, but was marked with one more final triumph.

Having won the team time trial in the morning, Belgian cyclist Gilbert then won the headline event, the criterium, in the afternoon after making the break on the final lap of 40 around the iconic streets of Monte-Carlo.

“I’m really happy to have won the two events today. The team time-trial this morning by one second and then this afternoon with all the pros. It was a different win because, with the quality of the riders that we have in Monaco, it’s not easy,” said Gilbert.

As a Monaco resident, it was the perfect place to write the final chapter of Gilbert’s professional career.

“It’s nice to end my career like this. I’ve been living in Monaco for 13 years now, so finishing here is really nice,” he said.

Whilst the Beking event adds an element of competition to the off-season, its raison d’être is to inspire the next generation of cyclists and hundreds participated in the children’s race, with many of the professionals own children taking part.

“It’s a special event in that I can bring my wife and kids along and it’s an event that is entirely built around bikes and kids,” INEOS cyclist Luke Rowe told Monaco Life. “That’s great. We’re doing more and more in bringing bikes and safety to Monaco. Onwards and upwards!”

For the professionals, it is also an opportunity to ascertain their level ahead of the beginning of the season.

“In the middle of the winter, it’s nice to be able to test your legs and see exactly where you’re at with an important year coming up and just to gauge your form. The line-up is incredible. It really is the crème de la crème of professional cycling at the moment,” added Rowe.

Indeed the vast majority of the cyclists are from the local area, with the Principality acting as a hub for the elite of the sport. Monaco’s Victor Langellotti spoke about what makes the area so attractive to his fellow professionals.

“It’s a paradise for cyclists. The weather, the training ground is excellent, there are ascents, there is the flat. There is everything you need in order to train well,” he told Monaco Life.

Despite the Côte d’Azur’s overwhelming popularity with cyclists, the sport has yet to flourish in the area, a fact that Beking is attempting to rectify.

“It’s a nice project. For the second edition, it’s better,” said Gilbert. “I’m sure every year it will have more success and I hope to come back in 10 years and there will be 1000s of people. Cycling is not famous here in the south of France so we have to make it famous. We’re on the right path. The dream is to have one of these kids riding today turning professional in 10 or 15 years. That would be the best message.”

It is an event that adds a sprinkle of competition for professionals in the off-season, that raises the profile of the sport on the Côte, and inspires the next generation of riders. The second edition of Beking was a confirmation of the event’s and the sport’s positive trajectory in the Principality.