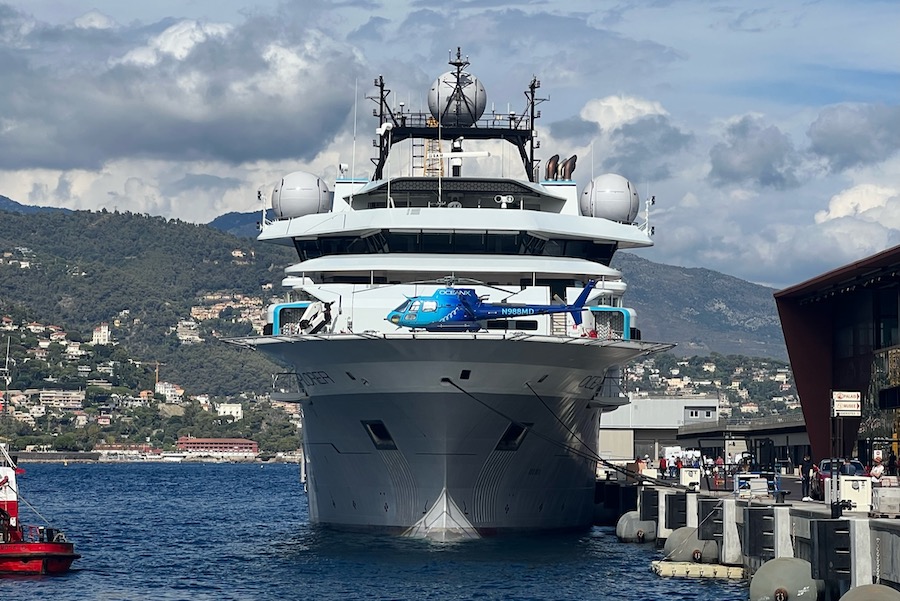 Monaco Life was invited on-board the OceanXplorer on Wednesday, currently docked in Monaco, to get an exclusive tour of a hyper-modern boat that is revolutionising ocean exploration.

Prior to Monaco Life’s visit, Prince Albert II boarded the ship to see the extensive laboratories, diving equipment and media hubs that make the vessel so unique. As Vincent Pieribone, vice-chairman of OceanX told us, they are in fact working closely with the Principality, through their partnership with the Prince Albert II of Monaco Foundation, whilst they hope to further solidify those ties.

“We both have an almost identical mission: to explore the ocean and share it with the rest of the world. Sharing it with the world helps build stewardship. The Prince has led this for years, and we’re arriving late in the game so we’re here for his help, for his advice and his partnership,” said Pieribone. “He’s got a lot of experience, more than we honestly have, and he’s a real world leader on this stage. Given the size of Monaco, the Principality has an outsised role. At all the UN meetings he’s front and centre, he’s a trusted source of information.”

The scientist also revealed the future plans for collaboration with Monaco. “We’re hoping Prince Albert and his teams will join us on expeditions. That scientists, researchers and storytellers from Monaco will join us in our exploits. We’ve had discussions whilst we’ve been here about them potentially joining us when we go to the Pacific Ocean. He’s got interests in the Polar regions, and the Oceanographic Museum has a beautiful exhibit right now. So, we’ll soon be in the Antarctic and hopefully he’ll join us there,” he said.

The OceanXplorer is a game-changer in the field of ocean exploration, and it has already carried out ground-breaking research in the Red Sea, which allows experts to more comprehensively understand coral ecosystems. “We spent 18 weeks in the Saudi and the Jordanian Red Sea region. It’s a very understudied body of water. We weren’t very familiar with it when we started… It has very diverse coral and the water is extremely hot. That seems counterintuitive to what we’ve all been talking about with regards to global warming killing coral reefs. If you take coral from Australia and you put it into the water right now, the Red Sea will kill it immediately because of the temperature. Those coral in the Red Sea have had 10,000 years to evolve to a state of handling high temperatures,” said Pieribone.

He continued,” It’s clear that coral can withstand high temperatures, but only after a long period of adaptation. So, we’re studying those corals to understand, because unfortunately for our world, in 50 years when most coral reefs are dead because of climate change and increasing temperatures mainly, the corals of the Red Sea will probably be one of the only reserves of living coral that can populate the rest of the oceans, and it will take them tens of thousands of years to leave those areas and propagate to the rest of the ocean.”

The partnership between OceanX and the Principality will further expand the frontiers of our knowledge about the world’s oceans, hopefully engendering a more sustainable relationship between man and water.