Cecilia Bartoli, the future Director of the Opera de Monte-Carlo, has made her mark on the Principality, performing with the Musiciens du Prince-Monaco in the first cultural event to take place in the new Place du Casino.

140 years after the inauguration of the Monte-Carlo Opera and the Salle Garnier by the great Sarah Bernhardt, Cecilia Bartoli, together with the Musiciens du Prince-Monaco, inaugurated the brand-new Place du Casino with a concert on Saturday 19th September.

Organised by Monte-Carlo Société des Bains de Mer Group and the Monte-Carlo Opera, the concert was honoured by the presence of HSH Prince Albert and HRH Princess Caroline of Hanover, accompanied by Beatrice Casiraghi and members of the Princely family.

“It is a pleasure and an honour for us to welcome Cecilia Bartoli and Les Musiciens du Prince-Monaco,” said Jean-Luc Biamonti, CEO of Monte-Carlo Société des Bains de Mer. “We could not have hoped for a more beautiful cultural event for the new Place du Casino, whose open and flexible configuration now makes it possible to welcome such public events.”

Mezzo-soprano Cecilia Bartoli, recognised as one of the most beautiful voices in the world, Principal Conductor Gianluca Capuano, and the Musiciens du Prince-Monaco delighted 200 privileged guests who had gathered in front of the legendary Casino de Monte-Carlo, performing a series of famous arias and a repertoire inspired by the 17th and 18th centuries.

It was the first public performance by Cecilia Bartoli since her position as Director of the Opera was announced late last year.

Cecilia Bartoli will be the first female in the opera’s history to take on the position.

Saturday night’s ensemble was created in July 2016 by the Opéra de Monte-Carlo under the direction of Jean-Louis Grinda, with the support of Prince Albert II of Monaco and the Princess of Hanover. The concert is part of a European tour which will take the ensemble to some of most beautiful venues and festivals across the continent and serves as a prelude to  the Opéra de Monte-Carlo’s new season, which begins on 21st October 2020.

Monaco-based art collector Tiqui Atencio Demirdjian has launched her latest book ‘For Art’s Sake: Inside the Homes of Art Dealers’ at the Grimaldi Forum in the presence of Prince Albert.

Culture Cassandra Tanti - November 5, 2019
HSH Prince Albert II has made a cultural visit to the Setouchi islands in Japan, taking in local art exhibitions and famous museums. The Prince visited the region on 29th and 30th October for the 4th edition of the Setouchi Triennale which presents outdoor art works. The Prince journeyed to the island of Naoshima and was able to meet the artists, and discover contemporary art creations and places transformed into works of art. Guided by the internationally renowned Japanese architect Tadao Ando, Prince Albert also visited the Ando Museum and the Chichu Art Museum. Designed by Ando and opened in 2013 during the 2nd Setouchi Triennial, the Ando Museum looks like a simple traditional house while the concrete interior presents a retrospective of the architect's work. The Chichu Art Museum, also made of concrete and designed by Ando, opened its doors in July 2004 and offers a direct relationship between light and nature. [caption id="attachment_41529" align="alignnone" width="900"] 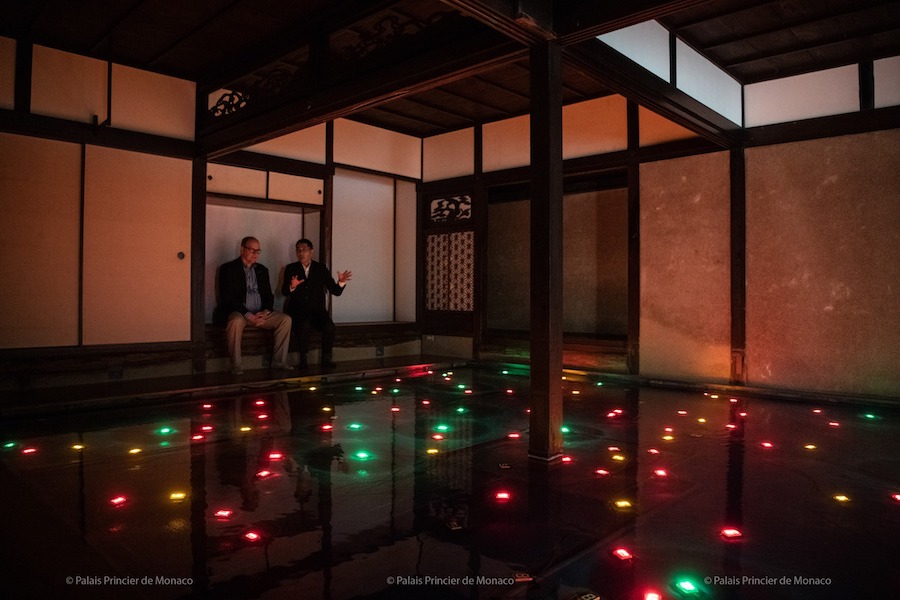 © Photos: Eric Mathon / Prince's Palace[/caption] In 1995, Tadao Ando was the third Japanese to receive the Pritzker Architecture Prize, considered the Nobel Prize in architecture. Meanwhile, at the port of Uno in the city of Tamano, the Prince, accompanied by young students, discovered the Black Sea Bream of Uno, a sculpture by the artist Shibata according to the Yodogawa technique, which uses waste and floating objects derived from the sea to create works of art. © Photos: Eric Mathon / Prince's Palace

Culture Cassandra Tanti - June 27, 2019
The 2019-2020 season of the Princess Grace Theatre has been announced and with 29 scheduled dates, theatre goers have plenty of chances to enjoy a show.