Photos: Rose Ball takes guests back to the Roaring 20s

Photos: Rose Ball takes guests back to the Roaring 20s 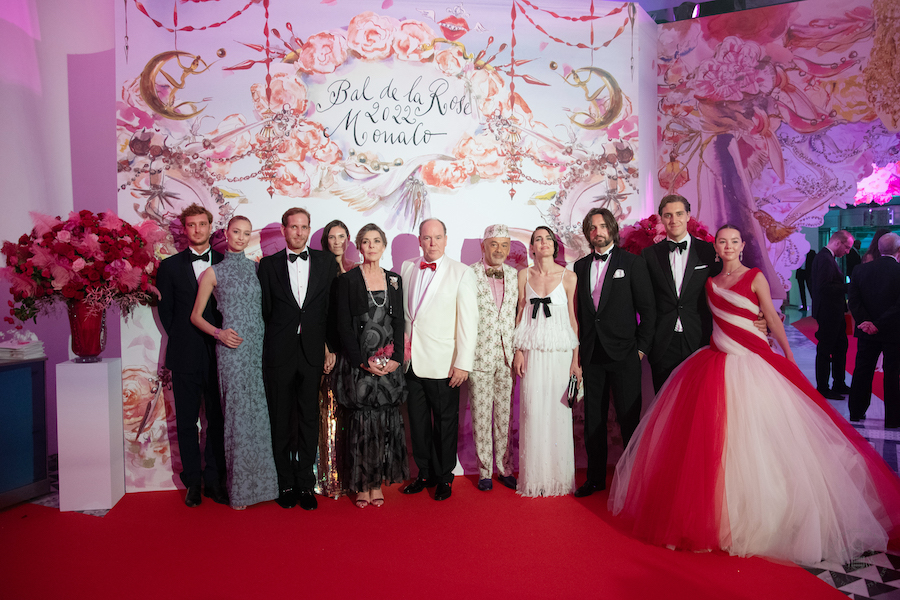 The Rose Ball returned on Friday night with all the grandeur and spectacle it is famous for. Among the famous faces at the Christian Louboutin-designed ball this year: Janet Jackson, Shirley Bassey, and the fashion designer himself.

It has been a long time coming. The 66th edition of the Rose Ball, in aid of the Princess Grace Foundation, was originally scheduled for 2020 but was cancelled because of Covid. It was taken off Monaco’s social calendar again in 2021 for the same reason, and was pushed from March to July this year just to increase the likelihood of it going ahead.

So, it was with a big sigh of relief from all involved that, on Friday 8th July in the Salle des Etoile at the Sporting Monte-Carlo, local personalities, A-listers, celebrities and the Princely family gathered for the 2022 Rose Ball, the theme of which was ‘The Roaring Twenties: The Return’, chosen by The Princess of Hanover – President of the Princess Grace Foundation, and shoe designer Christian Louboutin.

Exactly a century after the 20s, guests found themselves in the madness of cabaret, between Hollywood and Paris. Created by the House of Drama, in collaboration with Christian Louboutin, the show took guests back in time, on a colourful journey through the century from Bauhaus to Art Deco to Disco.

An extravagant raffle for the benefit of the Princess Grace Foundation featured luxurious pieces including an 18-carat yellow gold and diamond necklace from Chanel, rhinestone Louboutin shoes with matching handbag, and handbags by Christian Dior and Louis Vuitton.

The Foundation dedicates 100% of the money raised to humanitarian action for children.

The Rose Ball (Le Bal de la Rose) was established in 1954 to launch the party season in the Principality of Monaco. From 1957, Princess Grace gave a particular international dimension to the event, connecting it each year with a rose, a show and a country and then mirroring this theme in the décor, the colours and symbols.

When the Princess Grace Foundation was created in 1964, the Princess decided to also make Le Bal de la Rose a charity event, of which the profits would be donated to the Foundation bearing her name.

Click on the gallery below for more pictures of the Rose Ball 2022, photos courtesy of Monte-Carlo SBM…