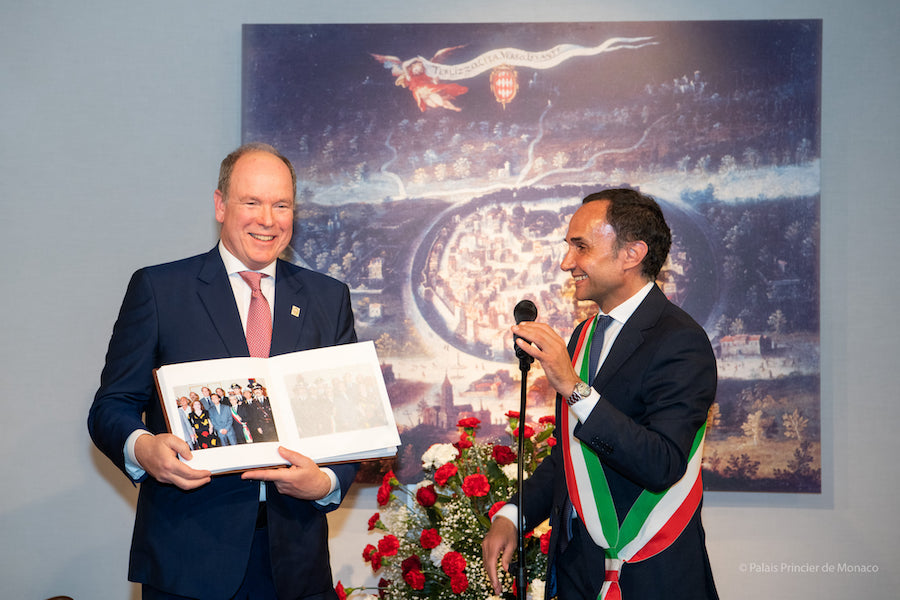 Prince Albert II is undertaking a cross-country three-day excursion to Italy to revisit lands that have historical ties to the Grimaldi family.

The Prince is currently touring the Pouilles region and Genoa, between 20th and 23rd April, to revisit and strengthen ties with ancient Grimaldi sites including Terlizzi, Canosa di Puglia, Poggiorsini, Spinazzola and Genoa.

The story of these connections dates back to as far as 1532 when the Emperor Charles Quant granted to the Lord of Monaco, in consideration of an alliance, certain southern Italian fiefs. Genoa was the cradle of the Grimaldi family back then, until the end of the 13th century and the beginning of the 14th, when the family decamped to what is now Le Rocher to build their own sovereign land.

The head of state spent Wednesday in Terlizzi, in the province of Bari in the south of Italy, followed by a visit to Trani in the Barletta-Andria-Trani region, where he discovered the San Nicola Pellegrino Cathedral.

His trip continues in Canosa di Puglia, also in Barletta-Andria-Trani, before heading to the village of Andria in Bari, where he will see the Castel del Monte, a UNESCO World Heritage Site since 1996. The Sovereign and his retinue will carry on to the castle at Garagnone, whose former territory belongs to the municipalities of Oggiorsint and Spinazzola.

Back up north to Genoa on the 23rd, Prince Albert will assist in the opening of Euroflora, an exposition dedicated to ornamental flowers and plants. He will then go to the Giannina Gaslini Paediatric Hospital to meet the caregivers of this institution, before heading to the Casa Rossa of the Association Gaslini Band Band.

Next, he will go on a private tour of the Villa del Principe, followed by a stop at the Palazzo Ducale where he will participate in the 3rd edition of the Festa della Bandiera. He will be given citizenship to the city of Genoa, after a presentation by the President of Siti Storici Grimaldi di Monaco association Fulvio Gazzola, who is also the Mayor of Dolceacqua, which the city of Genoa has just joined.

This is the final stop in the Prince’s journey before returning to the Principality.

Click on the pictures in the gallery below to see more of Prince Albert’s tour of Italy. Photos by Eric Mathon, Prince’s Palace…