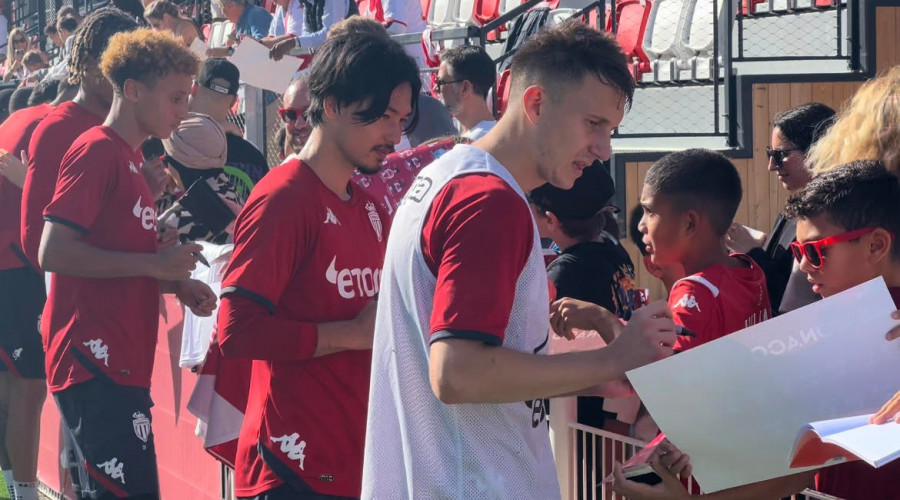 For the first time since its construction, supporters of AS Monaco were welcomed at the new performance centre in La Turbie for an open training session on Tuesday.

The event was the first to take place at the club’s recently inaugurated, state-of-the-art complex. Monaco held an open training at the Stade Louis II last May, ahead of the final game of the season against RC Lens, but there was a clamour amongst fans to visit the new centre and watch their idols train up close.

Less than two months after the inauguration, and the fans got their wish. A little under 300 fans attended the event, which allowed fans to witness one of Philippe Clement’s training sessions up close.

The session was followed by a signing session, with the players greeting those who so fervently support the club’s colours.

“It is nice to have them here,” began Monaco defender Axel Disasi. “The centre was made for this, to create a union with the fans. I spoke with Benoît [Badiashile] to see if we’d done an event like this before, and he told me it was the first time here. We’ve benefitted from it and so have the fans. It makes some nice images, and it gives us a smile after the defeat (4-3 against Lille on Sunday).”

Manager Clement added, “We have wanted to do something with them [the fans]. When I see all the happy faces, including my players, who have taken energy from this, that’s what is important. It’s always important to have a connection with the supporters.”

The Belgian coach will be hoping that the energy imparted from the exercise will propel them to success, as they chase after a vital victory against Ferencváros, in Hungary on Thursday.