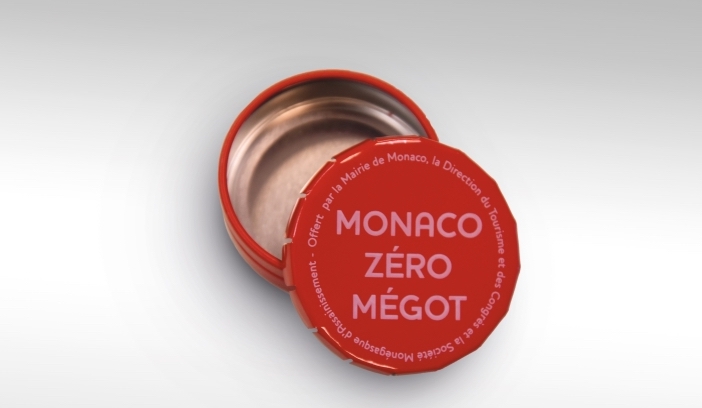 With smoking now banned on Monaco’s beaches, the Mairie is taking its anti-cigarette butt campaign to the wider community, offering free pocket ashtrays to pedestrians in busy hotspots throughout the Principality.

The Mairie has once again joined forces with the Société Monégasque d’Assainissement (SMA) and the Direction du Tourisme et des Congrès (DTC) to raise awareness among residents and tourists on the fight against environmental pollution, particularly cigarette butts.

Last year, the Prince’s Government announced that smoking was banned on the Principality’s beaches during the entire summer season, eliminating the need for self-service ashtrays displays that had become a mainstay during the busy months.

So, the operation has been expanded to the entire Principality, with SMA and DTC teams handing out the pocket ashtrays to people on the beaches, the ‘Solarium’ sun deck area and in Monaco-Ville.

The pocket ashtrays will also be available to the public in several tourism points including information desks, the SMEG/SMA shop on rue Guillaume Apollinaire, and at municipal sites such as the Media Library and the Rainier III swimming pool.

“Through this operation, which extends beyond the seaside areas, the Mairie and its partners wish to make the population more widely aware of the need to keep our city clean and to continue to alert them to the impact of cigarette butts on the environment,” it said in a statement.