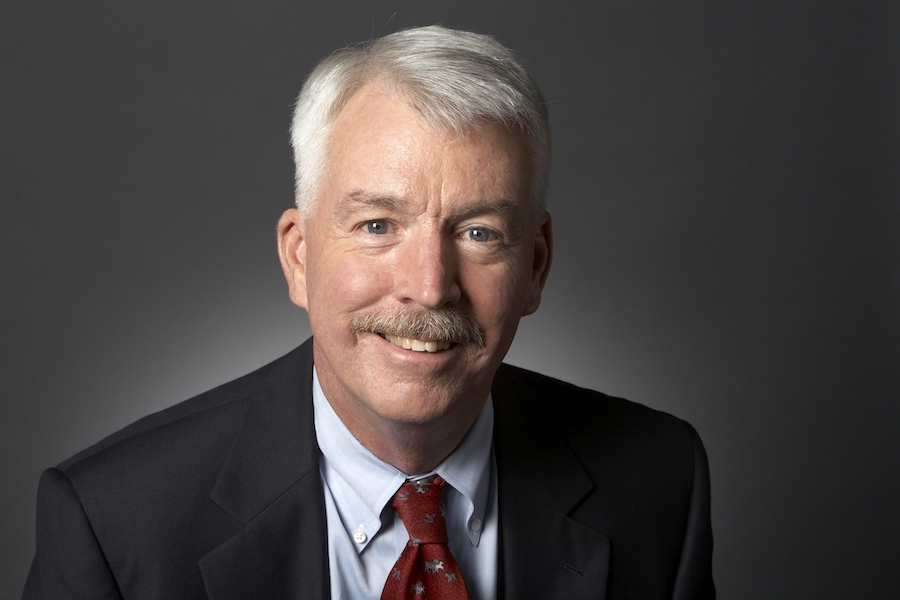 An alarming new report shows that cancer is now the leading cause of death by disease in American children under the age of 15, and chemical exposure is believed to be the driving force. Professor Philip Landrigan is among a group of scientists who is lobbying for governments to finally confront the shocking truth.

Professor Philip Landrigan is Director of the Global Observatory on Planetary Health at Boston College in the United States, as well as Chargé de Mission within the Human Health Centre of the Scientific Centre of Monaco (CSM).

In June, he published a report titled Paediatric Cancer and the Environment: A 50-year Perspective.

“A lot of people don’t realise this because cancer treatment has gotten much better in recent decades and more than 80% of children with cancer now survive the disease,” Prof. Landrigan tells Monaco Life from his Boston office. “But those magnificent gains are being offset by the rising number of new cancer cases which are very, very disturbing. The only cause that kills more kids than cancer is injuries and violence. Cancer is the leading cause of death by disease.”

Too rapid to be genetic in origin – “genetic changes can take centuries to play out” says the professor, scientists believe that this continued increase in the incidence of childhood cancers also can’t be explained solely by greater access to medical care or the widespread availability of new diagnostic technologies like CT scans and MRIs.

The conclusion, they say, is obvious: external, environmental factors must be responsible for part of this increase.

“We came to the conclusion that it must be something or some combination of things in the environment that is causing the increase in cancers incidence, and the most obvious candidate is toxic chemicals,” says Prof. Landrigan. “Children today are surrounded by hundreds of thousands of new chemicals that didn’t exist in their parents and grandparents time, and a number of these chemicals have already been found to cause cancer in humans.”

In fact, children today are surrounded by approximately 350,000 manufactured chemicals and chemical mixtures. These are new materials, almost all invented since 1950, produced in huge quantities. And the volume of global production is set to double by 2030. “Manufactured chemicals now pollute every corner of the planet, from the deepest ocean trenches to the heights of the Himalayas. Several hundred of them are found in measurable amounts in the bodies of almost everyone on earth, including nursing mothers, infants and children,” states the professor in his report. “Chemical pollution has become so widespread and complex that an expert body recently concluded that it exceeds societies’ abilities to monitor and contain it and thus threatens the safe operating space for humanity.”

The report analysed data from a national surveillance system in the USA which covers about 10% of the population. That’s around 130 million people followed over a span of 50 years.

“So, it is based on very large numbers,” confirms the professor, adding, “Exposure in the first two to three years of life is critical, even exposure in the womb, because when a mum is exposed to the chemicals in her food, drinking water, the air that she breaths during her pregnancy… the chemicals get into her body, and they go into the baby.

“Exposures during that time are very dangerous because the baby’s cells and organs are right in the middle of a very complex process of early development, and if a toxic chemical gets into the baby at that time, the effects can be devastating.”

The problem is that the chemicals produced are presumed harmless until they are proven to cause disease or environmental damage, and are put on the market with little or no assessment of their potential dangers.

According to the report, fewer than 50% of the most widely used manufactured chemicals have been tested for toxicity, and fewer than 20% have been examined for potential developmental toxicity.

“Right now, a chemical manufacturer can invent a new chemical, sign the commercial application for it, put it into a product, and move it out into the market place with virtually no regulatory oversight,” says Prof. Landrigan. “The result is that people are exposed to this chemical for years, or even decades, before authorities finally intervene.”

That’s beginning to change in Europe, where in 2007 the European Commission passed a legislation called REACH, which shifts responsibility from public authorities to industry with regards to assessing and managing the risks posed by chemicals.

But in most countries around the world, there is almost no oversight on new chemicals, and they are allowed to come to the market with almost no scrutiny whatsoever.

That’s why the precautionary approach is so important, argues the professor, a policy which assumes that all chemicals produced are hazardous until proven safe.

“The precautionary approach means, quite simply, that chemicals are examined for safety and toxicity before they come to market. There is nothing really new here, it is something that we have done for decades with pharmaceuticals. A company can’t bring a new medication, a new vaccine, to market without doing extensive safety testing, as we saw with the Covid vaccine. But when it comes to industrial chemicals and consumer chemicals, they just go out the door without any checks and balances.”

Professor Phillip Landrigan and his colleagues are now advocating for the same level of scrutiny that’s applied to pharmaceuticals to be applied to other new chemicals; that there be a new approach to the management of chemicals focused on the protection of health and the principle “No data, no market”, and that all existing chemicals are tested – starting with the worst ones – to determine whether they should stay on the stairs.

Strong backlash from the chemical industry is expected, but Prof. Landringan is no stranger to battling with the big corporates. In the 1970s, he was part of a team of scientists who discovered that lead was causing brain damage in children and successfully lobbied the US government to take lead out of gasoline. Every other country in the world has since followed, with Algeria being the last in 2021.

In the 1990s, he chaired a committee that looked at children’s vulnerability to pesticides. They found that kids were far more suspectable to pesticide chemicals than adults, and persuaded President Bill Clinton and the US Congress to pass the Food Quality Protection Act of 1996 that greatly restricted children’s exposure to pesticides.

“Those are just two examples where the patient data coupled with science-driven advocacy persuaded governments to do the right thing, and now I think it’s time to do the same with childhood cancers,” says the professor.

Using the same strategy, Professor Landrigan and his colleagues are pushing the message that rising rates of childhood cancer are unacceptable and something must be done about it.

“It will take a few years, there will be a lot of pushback from the chemical industry, and it will depend on who is in power in the White House and in Congress over the next few years, but we will be patient and persistent. The proof is on our side and we will finally win out,” he says confidently.

Professor Landringan is also calling for more research programs focused on prevention, to finally pinpoint the exact environmental causes behind the malignant tumours in our children.