Polar regions under the spotlight in new Monaco symposium

Polar regions under the spotlight in new Monaco symposium 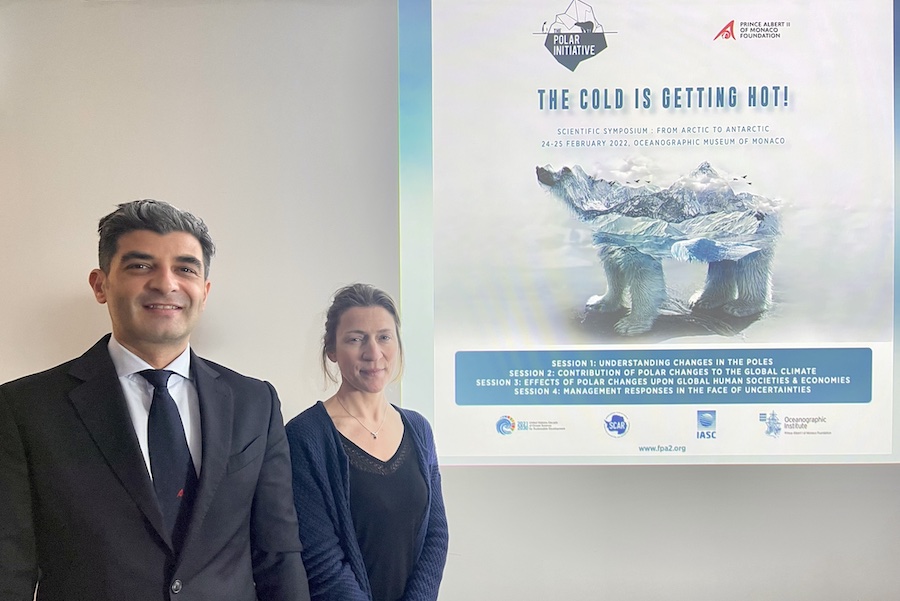 Monaco has brought together some of the world’s leading scientists for a symposium at the Oceanographic Museum this week to discuss how changes in our planet’s polar regions are affecting Earth’s climate, and how this concerns us all.

The symposium, presented to the press on Wednesday, is the first of its kind for the Principality and is organised by the Prince Albert II of Monaco Foundation, with the Scientific Committee on Antarctic Research (SCAR) and the International Arctic Science Committee (IASC) as co-conveners, in collaboration with the Scientific Centre of Monaco, the Oceanographic Institute and the Prince Albert I of Monaco Foundation.

The scientists will offer assessments and views on their fields in either the Arctic or the Antarctic. Recommendations from the symposium will form a report for management and collective action in the poles to protect and enhance resilience of the ecosystems to climate change.

Day one, 24th February, saw Prince Albert II of Monaco deliver the keynote address in person. Topics covered throughout the day include ‘Understanding Polar Changes’ and ‘Contribution of Polar Changes to Global Climate’. It also saw the signing of a Memorandum of Understanding of the Polar Initiative.

Day two will cover the ‘Effects of Polar Changes Upon Global Human Societies and Humanities’ and ‘Management Responses in the Face of Uncertainties’.

Panellists throughout the two days include specialists from the Polar Research Board of the US National Science Academy, NASA’s Cyrospheric Space Programme, and the Alfred Wegener Institute.

The event is endorsed as an action of the UN Decade of Ocean Science for Sustainable Development.

But it also holds special meaning to Monaco, this being the centenary year marking the death of Albert I, the Explorer Prince.

Prince Albert I paved the way at the end of the 19th century by organising several expeditions to the Arctic and Spitsbergen to better understand these environments which were then unknown and preserved.

After discovering the North Pole in the footsteps of his great-grandfather, and completing the journey by going to the South Pole, Prince Albert II created his Foundation, convinced that only international cooperation can save the poles. It has advocated for a number of issues including a ban on the use of heavy fuel oil in the Arctic, and for the creation of Marine Protected Areas in Antarctica, to name just a few.

During Wednesday’s press conference, Executive Director of the Oceanographic Museum Robert Calcagno announced the publication of his new book ‘At the heart of the polar worlds, challenged by global warming and exploitation’ (Au cœur des mondes polaires, entre réchauffement et convoitises) published by Glénat. The book invites readers to discover the richness and fragility of the polar regions to better understand the need to preserve them.

The museum also announced a new interactive summer exhibition starting 4th June called ‘Polar Mission’. It will cover five thematic spaces, spread over two levels, and allow visitors to discover the poles and the wildlife they shelter, as well as the people who inhabit and explore them. Objects and documents, digital content and immersive devices will come together for a 360° experience.

Photo of Olivier Wenden, Vice-President and CEO of the Prince Albert II of Monaco Foundation, and Céline Le Bohec, head of research in the Polar Biology department by Cassandra Tanti, Monaco Life