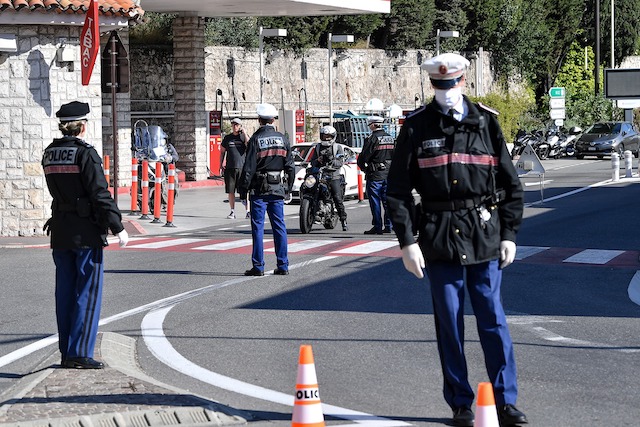 Monaco’s police officers will be out in force this Easter holiday period ensuring residents are maintaining strict confinement measures.
These next two weeks technically mark Easter school holidays, a time for families to embrace the outdoors and the beautiful spring sunshine.
Unfortunately, due to the coronavirus crisis, lockdown measures are in place in Monaco until at least 3rd May.
To ensure people don’t flout the rules, the government has issued a warning to residents, saying police numbers in Monaco will be boosted over the holiday period, adding that “containment measures must be observed more than ever.”


On Easter Saturday, four checkpoints were established at the borders of the Principality, with controls on 1,032 vehicles, 351 two-wheelers and 148 pedestrians. Eight reports were issued.
The fire brigade’s drone was also used to make sure people were not gathering in crowds.

Since 19th March, authorities have stopped and checked 28,518 vehicles in Monaco, 5,547 two-wheelers, 6,413 pedestrians and have drawn up 140 reports.
People face fines of up to €200 for failing to comply with the confinement measures.