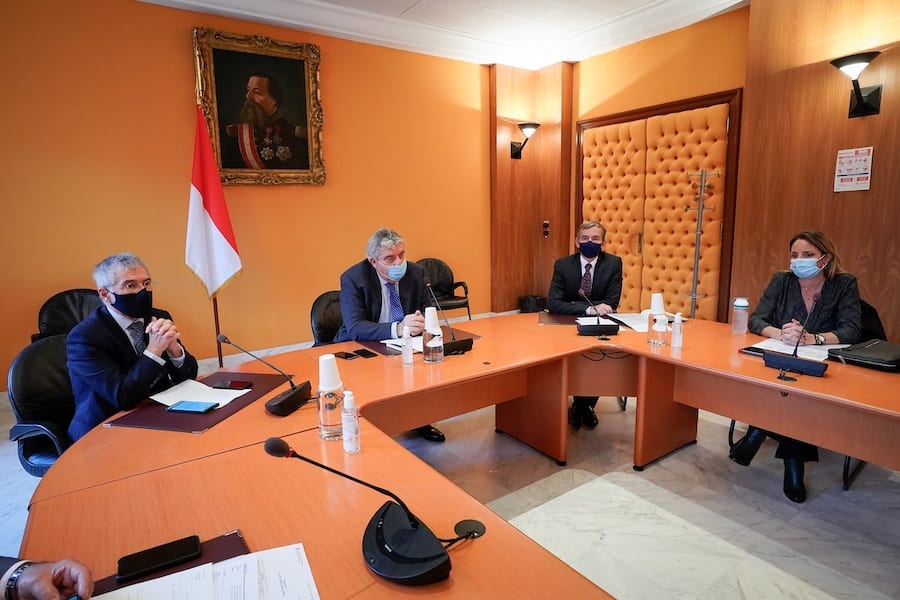 In its latest public assessment of the Covid situation in Monaco, the government says that current containment measures are working however controls will be stepped up to ensure everyone is abiding by the rules.
One week after the implementation of the new curfew measures, Minister of State Pierre Dartout and members of the government joined Director of the Princess Grace Hospital Benoîte de Sevelinges to update the press on the health situation in the Principality.
It was revealed that the incidence rate in Monaco has reached over 315 – derived from the number of positive cases over the past week per 100,000 inhabitants.
The Minister of State said that whilst not ideal, the situation in Monaco is better than in neighbouring France and Italy, where incidence rates are far higher.
“This rate has increased significantly,” he said, “but it remains lower than that of the Alpes-Maritimes, in the order of 367, and of the whole of France, with 457.6.”
He added: “For its part, the positivity rate is 8.75 versus 20.3 in France. Very clearly, despite these figures, we do not plan to move on to the lockdown stage because the measures taken appear to be adapted to Monegasque specificities.”
Overall, said the minister, there’s been a majority compliance with the rules with around 85% of people wearing masks in Monaco. However, there were over 140 fines handed out on the weekend as authorities stepped up controls, with around 90 people reprimanded for not wearing a mask, 25 for not respecting social distancing rules and 26 for being out after curfew.
“The battle will only be won if everyone shows responsibility,” said Mr Dartout. “There cannot be a security guard behind every person. But if everyone is mobilised, we will have a chance of winning the battle.”
With regards to screening, the government revealed that 1,800 to 1,900 people are being tested each week. PCR tests are still the most used and the most effective, but people are also encouraged to use the other methods at their disposal such as the new antigen tests now available.
According to Director of the Princess Grace Hospital Benoîte de Sevelinges, the hospital is currently utilising less than 50% of the facilities dedicated to Covid patients and the expected rise in hospitalisations over the weekend did not materialise. However, she warned that vigilance should be maintained as it is possible the peak has not yet been reached.