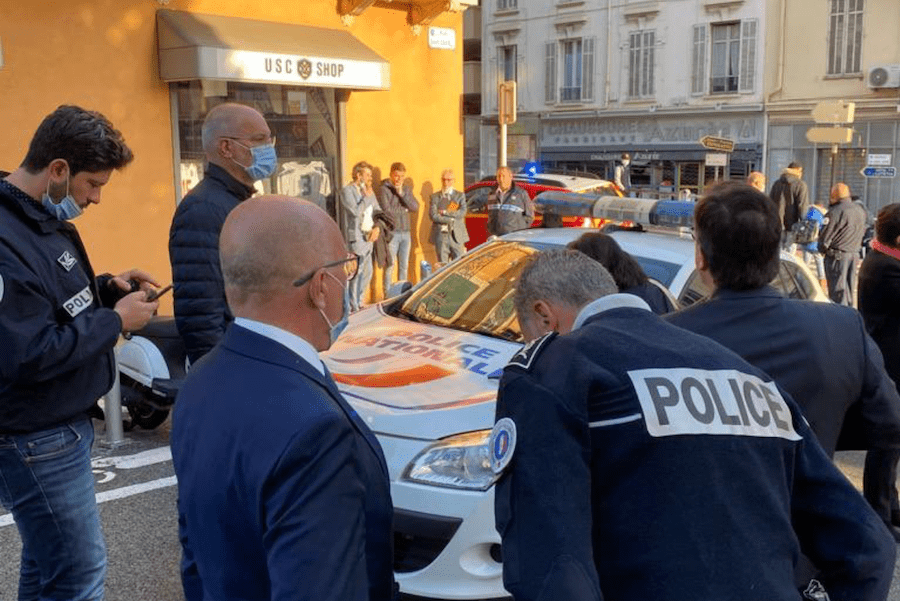 A knife-wielding suspected terrorist has been shot after attacking police officers in Cannes earlier this morning outside the city’s main police station.
The knifeman allegedly shouted religious epitaphs before going after three police officers outside Cannes’ main Police Commisariat at around 6.30am Monday, sparking fears that the attack may be terrorist related.
The man, who is yet to be publicly named, approached a police vehicle with four officers in it in front of the station and flung open the driver’s door. He allegedly struck the driver in the chest/stomach area with his knife, but the officer was unharmed thanks to the bulletproof vest he was wearing.
The man then allegedly walked around the car to attack a policewoman but was shot by another police officer who fired three times, stopping the assailant in his tracks.

“For the moment, there is no investigation opened by the anti-terrorism prosecution who remains as an observer,” Interior Minister Gerald Darmanin said during a press conference in Cannes on Monday.  “It is a national who has an Algerian passport, who is regularly on the national territory, who arrived in Europe in 2009 to 2010, then in France from 2016 coming in from Italy. He obviously has an Italian residence permit and several weeks ago, he had applied for a resident card in France that the prefecture had not granted him.”

The suspect, who remains in a critical condition in hospital, is unknown to police and intelligence services.
The victim is said to be in a state of “extreme psychological shock”.