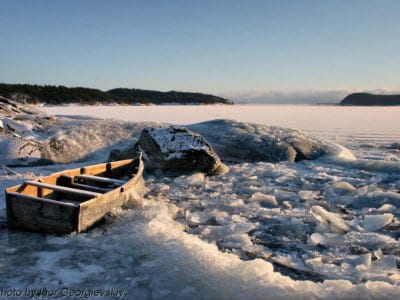 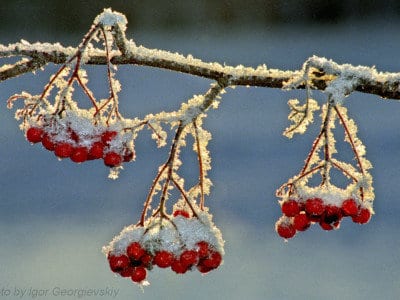 The very popular Russian photographer Igor Gueorguievskiy is exhibiting for the first time in France, from September 16 to 30 in Beaulieu-sur-Mer.

His photos show Karelia, a severe and romantic region in the northwest of Russia, which is also his birthplace.

The exhibition is part of the Year of Ecology in Russia and has received support from the Russian Centre for Culture and Science in Paris and organised by the Nereus-Art association, which uses the arts to raise public awareness of the environment.

Mr Gueorguievskiy is a renowned scientific photographer with a strong commitment to environmental issues. In 2011, he won the National Landscape Contest in Moscow and was awarded the title of Best Landscape Photographer of the Year.

Karelia is a region known for its beauty as well as for the richness of its flora and fauna. Through his work, Mr Gueorguievskiy expresses his talent as an artist to which is added his insight scientist and defender of the environment. He is a member of the Russian Geographical Society and of the Union of Russian Journalists, participating in cultural, charitable and scientific projects from the North West to the Russian Far East and participating in expeditions to the Far North.

Chaired by Natalia Stevens, the Nereus-Arts association organises international cultural events and uses the arts as mediators to raise public awareness of the environment. The exhibition is open daily from noon to 6 pm.

Leslie Odom Jr won the 2016 Tony Award for Best Actor in a Musical for his role Aaron Burr in “Hamilton”. Photo: Facebook Leslie Odom Jr.[/caption] In the presence of Prince Albert and Princess Charlene, “Hamilton” star Leslie Odom Jr., actress Queen Latifah and choreographer Camille Brown were honoured at the annual Princess Grace Awards ceremony in New York City on Monday night for their work in the arts. The Princess Grace Foundation-USA regularly awards grants and scholarships to emerging talents in theatre, dance and film. Mr Odom Jr., who won a Tony Award in June for his role in the smash Broadway hit “Hamilton”, and Brown, a choreographer and dance educator, received the 2016 Princess Grace Statue Award, named after the late American actress Grace Kelly who later became Princess Grace of Monaco. Singer and actress Queen Latifah received the Prince Rainier III Award, named after the awards’ founder and late husband of Princess Grace. Speaking to reporters, Mr Odom Jr. recalled the significance of standing alongside three other African-American artists who also won in the musical category at the Tony Awards a few months ago. “So, if some little kid sees that image of us holding our Tony awards or holding our Princess Grace awards, it gives them the willingness to dream for themselves, then that is a beautiful thing,” he said. In a recent interview with People magazine, Mr Odom Jr. said he had received a $25,000 grant from the Princess Grace Foundation in 2002 that allowed him to pay his college tuition bills. The programme for aiding emerging artists “was a huge help to my family and it changed my life”, he said. The foundation has awarded over $11 million (€10 million) to more than 800 recipients since it started in 1982, after the death of Princess Grace.

Glen Tuggle. Photo: Facebook Ballets de Monte-Carlo[/caption] The Ballets de Monte-Carlo and their choreographer-director Jean-Christophe Maillot announced “with great sadness” the death of Ballet Master Glen Tuggle. He had been with the company for twelve years, from 2005. He was "a passionate artist able to follow a piece down to the smallest detail and transmit it enthusiastically to the dancers,” the Ballets said in a press release on Tuesday evening, November 21. "We will keep an image of our friend, as a smiling and fanatical teacher, who, until the end, was devoted to the choreographic art.” The company added, "To his family, his friends and all those who had the chance to cross his path, we send our deepest condolences and share their pain."