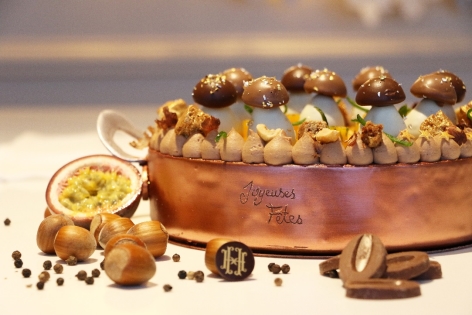 ‘Illusion‘ has been declared the flagship dessert of this year’s holiday season, created exclusively by the Hermitage Hotel’s pastry chefs led by Nicolas Baygourry.