Post-confinement plan to be revealed on Tuesday

Post-confinement plan to be revealed on Tuesday 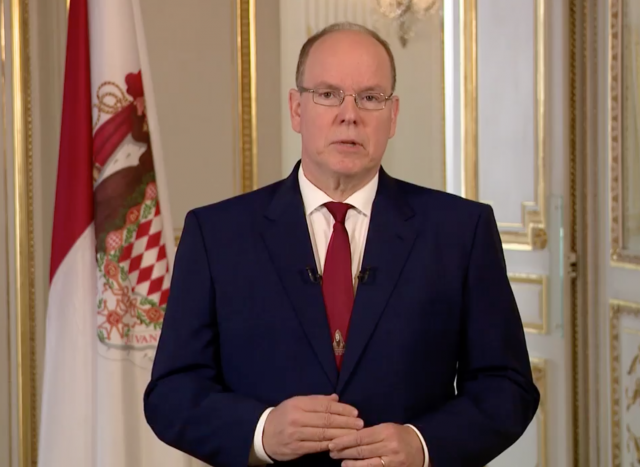 In a video address to the people of Monaco, Prince Albert has said that returning to a life the same as before Covid-19 will be “long, demanding and difficult”, and that the population will learn more about the government’s three-stage plan on Tuesday.
The Head of State gave his pre-recorded message at 7pm on Monday 27th April, exactly one week ahead of the lifting of the lockdown on 4th May. He acknowledged that life in the Principality has been “considerably changed” since he announced the lockdown on 17th March.
The Prince began by thanking the health personnel, volunteers, pharmacists, law enforcement, and social services who have supported and continue to support victims of the virus.
On the economic front, the Prince said he “appreciates the great difficulties faced by all sections of economy, regardless of size,” which is why the government has taken unprecedented steps to support entrepreneurs and employees.
The Prince also paid tribute to the members of the National Council who “have passed several laws in a very short space of time, including amending a budget to allow my government to take action.”
The Sovereign went on to thank everyone in the Principality for respecting the strict lockdown rules that have been in place for six weeks, adding, “this collective discipline made it possible to contain the spread of this pandemic on our territory. However, we are truly saddened by the four deaths since the start of the epidemic including that of a resident of the Principality.”
Then it was time to move on to the future. Due to the efforts of the people of Monaco, the Prince said, “and the effectiveness of the decisions taken by my government, we can now envisage ending this strict lockdown on Monday 4th May at 6am.”
“Although the epidemic seems to be under control in the Principality, it is nevertheless still very present. We are going to have to learn to live with this virus because there is still no proven cure and no vaccine.”
He revealed that his government will announce on Tuesday 28th April more details about the three-stage plan to be implemented over the coming weeks, including a “very strong recommendation” for the wearing of masks in public spaces, along with frequent hand washing.
“Returning to a life the same as before Covid-19 will be long, demanding and difficult. It will require us to proceed gradually in stages and under certain conditions. I expect everyone to cooperate and comply with the conditions imposed during each phase of the lifting of this lockdown,” he said.
The Prince ended his address by asking his people to be united, confident and strong together in a spirit of solidarity.