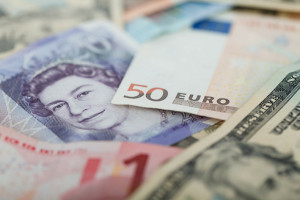 The dramatic fall in the value of the British pound, which started just after the Brexit vote on June 23 and picked up speed over recent days – plunging to a 31-year low against the USD in Asian trade Friday – is having a serious impact on the hundreds of thousands of British expats in France.

Particularly hard hit are pensioners living in France, and many of them have told the online English news service The Local how much the weakening pound has changed their lives, many reporting a 30 percent drop in income.

Debbie Coxon, 62, who lives in central France’s Creuse department, said: “We were horrified by the vote, and we’re fed up of people not in our position saying, ‘Nothing much will change’ when it already has big time for us. Personally I feel spat out and utterly ignored – I don’t feel I can even justify having my hair cut as an unnecessary expense.”

Lynda Adcock, a 63-year-old in Brittany, has been left in a similar boat. “The exchange rate means that we have to think about if we can put the heating on, what we eat and it has generally made a huge impact on our daily life. We have the added matter of feeling insecure with absolutely no information coming from the British government as to how they are going to treat us in times to come, post Brexit.”

Sally Hipwood, a 67-year-old in southeastern France’s Vienne department, commented that she has been left in dismay and fearing the future. “I have already reduced the amount of money I spend each week on groceries. The biggest impact for me though is going to be that I will not be able to go to the UK to see my family as often as I would wish.”

In some parts of France, in the Dordogne, for example, the local French economy is very dependant on British expats. But the pound may continue its descent and the fallout from the British referendum on EU membership will continue to hurt both migrants and locals alike.

Business & Finance Cassandra Tanti - December 7, 2020
Marcela de Kern Roya, founder of Onboard and YPY Monaco, has released the first ever textbook written about the superyacht industry.

Business & Finance Stephanie Horsman - October 12, 2020
The Monaco Economic Board and the Chamber of Commerce and Industry Nice Côte d’Azur have decided to join forces ahead of the Monaco Business Expo later this month.