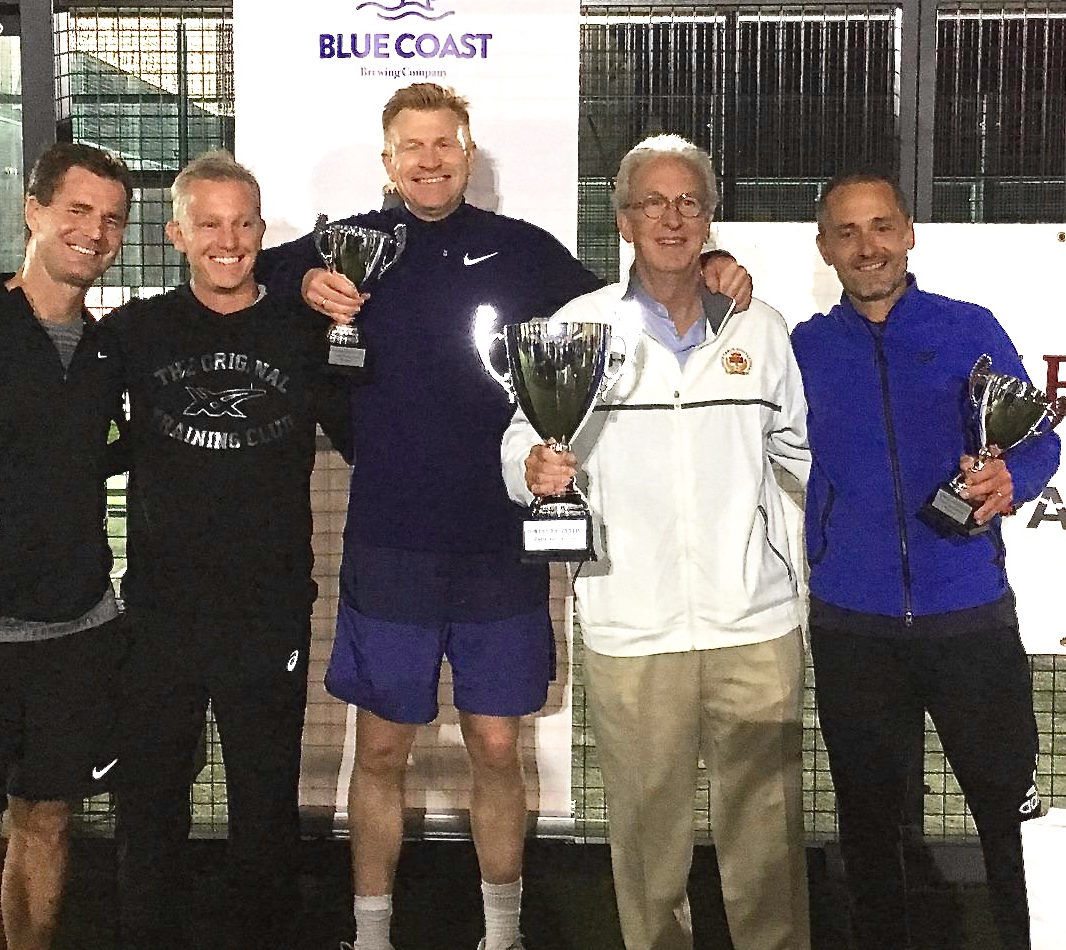 The First Powers Property Padel Invitational welcomed 24 players on Thursday at the Stade du Devans in Beausoleil for an evening of play and conviviality.

“We had a good crowd of about 70 people last night,” Mike Powers, Tournament Co-director along with Thomas Johansson and Tony Torriani, told Monaco Life, “who were given a demonstration from former World Number One padel player Gaby Reka.”

The Round Robin of four groups included Ivan Ljubicic, former top tennis pro and current trainer of Roger Federer, and Irina Peterson, who recently made history as part of the first Women’s team to represent Monaco at the European Padel Club Championship in September.

Gisela Johansson, one of the three women to play, made it to the semi-finals, but it was the Men’s team of Dr Jean-Marc Parisaux from IM2S and David Thomas who took the cup as tournament champions.

While some teams advanced, others enjoyed the barbeque and drinks on hand. “There was a great atmosphere and participation at the first invitational Powers Properties Padel tennis event!” Irina, who played with former Davis Cup player for Monaco, Christophe Bosio, said.

Local News Lauren Coles - May 14, 2019
The weekend’s Formula E-Prix has been deemed a huge success and Monaco has once again delivered a sustainable, fun and educational event. 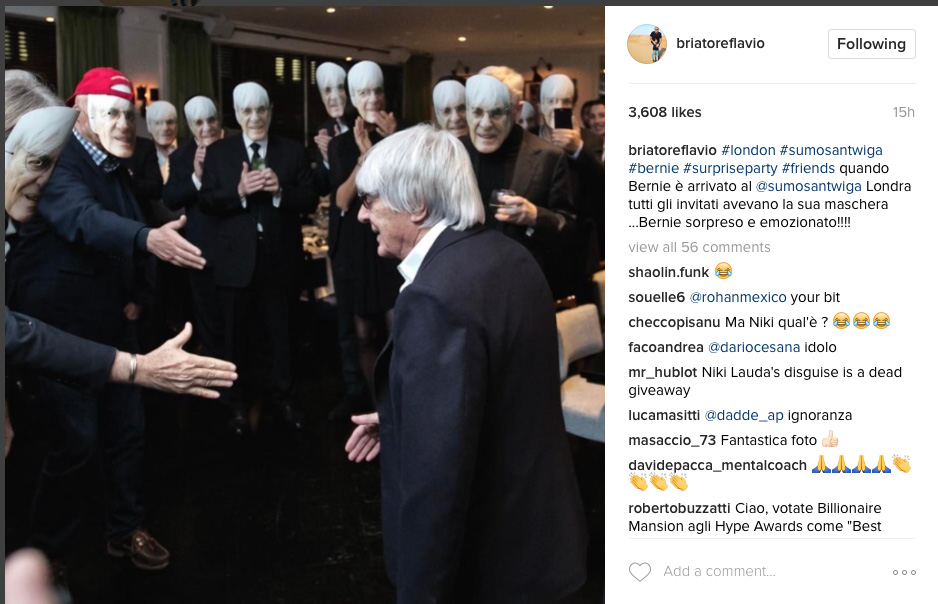 Photo: Instagram briatoreflavio[/caption] Former Formula 1 boss Bernie Ecclestone was the guest of honour at a surprise party in London this week, organised by Monaco personality and former team boss Flavio Briatore. Mr Briatore had no problem in assembling top F1 personalities to celebrate the career of the former Grand Prix supremo, who was removed from his executive post earlier this year following the takeover by Liberty Media. Attending the party were Prince Albert, former Ferrari president Luca di Montezemolo and Mercedes boss Toto Wolff. Mr Briatore said later on Instagram: "I organised a 'surprise dinner' in London for the 40 years in Formula 1 of Bernie Ecclestone. The amazing thing is that all the people I invited were present. Normally, if you invite 100 people, you have 60 people who confirm they can attend because you are talking about people that are very busy – or who live many thousands of kilometres away. "But everybody came to London, including Prince Albert of Monaco, Prince Salman of Bahrain, Stefano Domenicali, Piero Ferrari, David Coulthard, Max Mosley, Niki Lauda, and many other people.” Stating that it was a “kind of tribute to Bernie's career”, Mr Briatore added, “He was not treated well by the new Formula 1 bosses. People forget easily what this man has created. It was a bit of a sad evening, but very beautiful.”