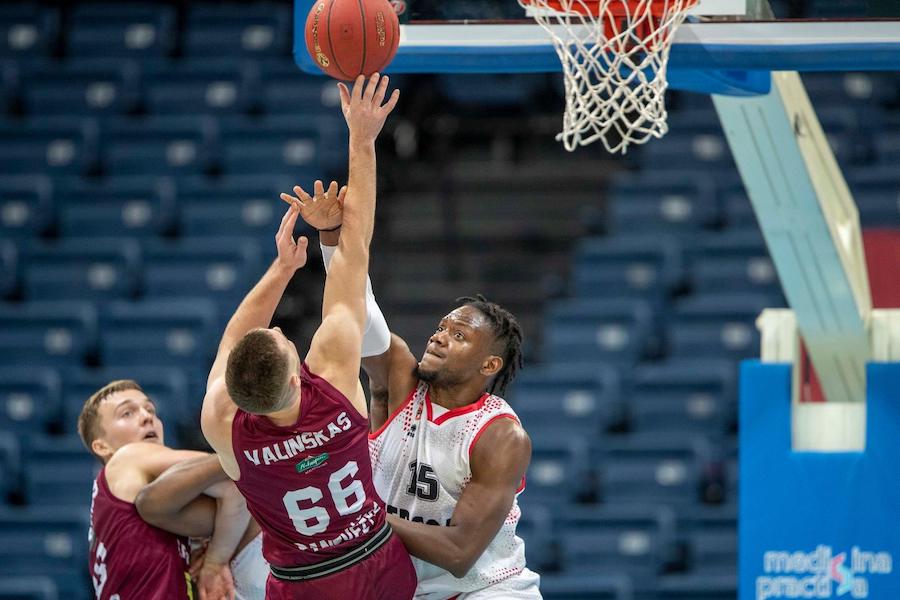 AS Monaco Basketball had a massive Euro Cup 7 win against Lithuania’s Lietkabelis Panevezys on the opponent’s home turf in the last game before Christmas.

The Roca Team got the win they needed to keep Top 16 hopes alive on Friday night when they faced off against Lietkabelis Panevezys at the Cido Arena in Lithuania, winning 88 to 64.

The Lithuanians had already been eliminated from playoff contention, but a loss here for Monaco would have put them out to pasture for the season as well.

The two teams were fairly evenly matched until the third quarter when a fire was lit under the men of the Roca Team. In that quarter alone, they scored 27 points versus their opponents nine. This put them in the catbird seat for the rest of the game, and even though Lithuania came back swinging in the fourth, there was no catching up.

Monaco made 36 shots out of 62 on the night, with four out of 16 three point attempts. They had an amazing 35 rebounds, 16 assists and nine steals on the night.

Abdoulaye Ndoye was team high scorer with 14 points, whilst Marcos Knight, Nikola Rebic, Damien Ingles and Darral Willis all had 11 and Will Yeguete, 10.

“We had an excellent 3rd quarter to make a gap. It was thanks to a good defence that we had easy baskets. It was a good performance, but we can play even better,” Knight said after the match.

“Faced with an already eliminated opponent, the boys produced a serious match,” Coach Zvezdan Mitrovic went on to say, “doing their best after the 18 hour trip the day before (between Krasnodar and Panevezys). We focused on getting the ball inside and finding good positions. We will wait until we are officially 3rd before talking about our Top 16 opponents but we already know that it will be big posters. We will have a few days to prepare for the trip to Boulazac just after Christmas. It’s good to come home with a victory in the suitcases.”