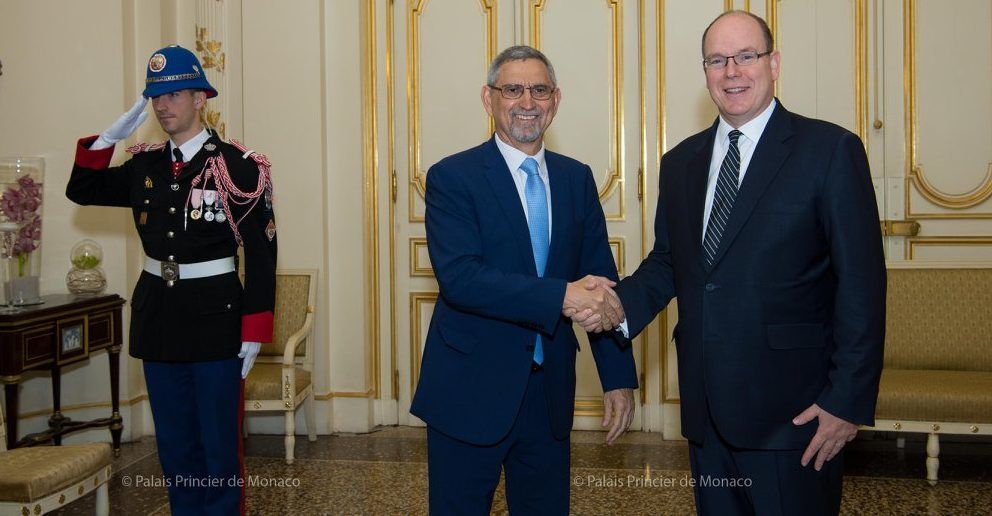 At the invitation of Prince Albert, Jorge Carlos De Almeida Fonseca, President of Cape Verde, accompanied by a delegation, made a working visit to Monaco from April 10 to 12. This visit follows the one made by the Sovereign to Cape Verde, as part of the Monaco Explorations.

The President was received in audience by HSH the Sovereign Prince on Wednesday, April 11, after which he was invited to a dinner at the Prince’s Palace. The Sovereign Prince and De Almeida Fonseca discussed relations between the two countries before visiting together the 13th edition of the Ever Fair – Exhibition on renewable energies and green vehicles – at the Grimaldi Forum.

In the afternoon, Prince Albert and President Fonseca attended the Oceanographic Museum for the screening of the film “Mission Cabo Verde” of the Explorations of Monaco in which the Sovereign Prince participated last October.

In President Fonseca’s honour, a dinner was also offered by the Minister of State, in the presence of Monegasque personalities and business leaders.

Local News Staff Writer - November 25, 2018
This day will raise awareness through a poster campaign and the organization of a conference for the general public on Wednesday, November 28