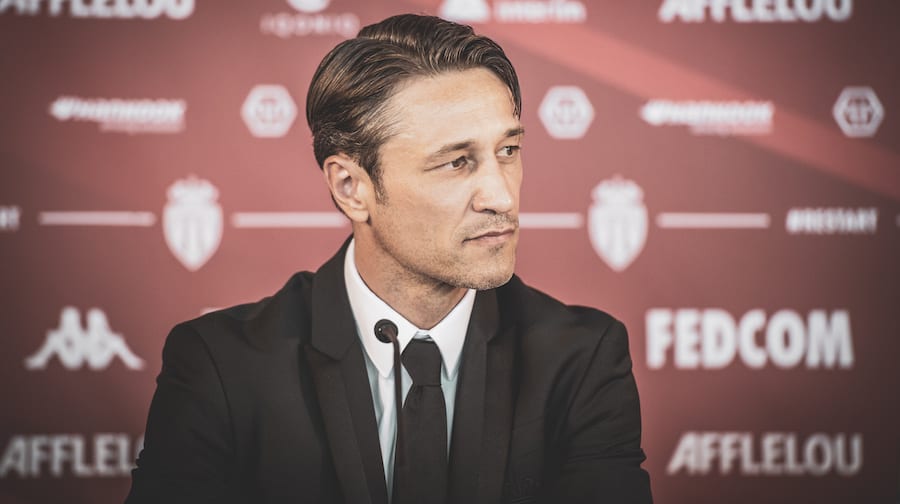 Niko Kovac, AS Monaco’s new head coach, spent more than an hour speaking to the press on Tuesday, touching on a variety of topics including his own surprise at being offered the top spot.
It seems Niko Kovac wasn’t expecting the call any more than the rest of us.
The former head coach at clubs such as Bayern Munich, Eintracht Frankfurt and the Croatian National Team leads a fairly quiet life. Married to his primary school sweetheart since 1999, the 48-year-old said he wasn’t expecting a job in the Principality to fall right into his lap.
“The contact was a surprise to me, and the fact that everything happened so quickly explains the fact that I am speaking to you today in English,” said Kovac. “I hope to learn French quickly. As for my choice, the reason is simple: AS Monaco is a great club with a great history. It is true that the last few seasons have perhaps not lived up to the team’s objectives, but we will work hard to bring AS Monaco back to the top of Ligue 1.”
Kovac candidly spoke about his impressions of Ligue 1 and Monaco as a team, saying, “You cannot change the past and these last seasons. We can, however, work on the future. We came here so that AS Monaco can get back to challenging the top of the league.”
Part of what rubbed people the wrong way about previous coach Robert Moreno was reportedly his coaching style, very different from Monaco’s traditional “attack style” of play. The new coach politely paid homage to the old ways, though he clearly has ideas of his own about putting Monaco back on top of the standings.
“I remember AS Monaco’s history. I played here in 1997-1998 with Leverkusen against players like David Trézeguet, Thierry Henry and Fabien Barthez. They were a very good team that played a good game. But you also have to think about defending. You have to find the right balance and that’s what I’m aiming for.”
“The important thing is to have a good mix,” he added. “It’s not a problem to work with young players, on the contrary, it’s something that I really appreciate. I started at the Red Bull group and I took care of the youth teams there for a year and a half. AS Monaco is famous for its training centre and its Academy, which has developed many great players.”
Kovac runs a tight ship and has brought a staff of three to help him in his duties. His brother Robert is his top assistant, while Goran Lackovic has been with him since he was with the Croatian National Team, and Walter Gferer will handle the physical preparation side.
Kovac has his work cut out. He is AS Monaco’s fourth head coach in less than two years, but hopes are high that the team has finally found their leader.