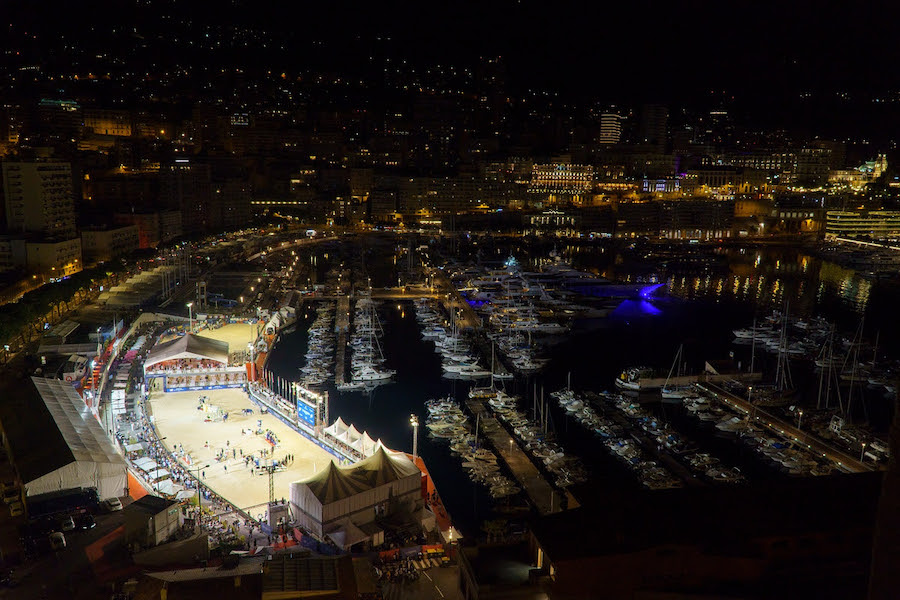 Jumping International de Monte-Carlo returns just in time to kick off the summer season, with some of the world’s best horses and riders competing in this, the 10th stage of the prestigious Longines Global Champions Tour circuit.

Just weeks after the excitement of Grand Prix, another much-anticipated event returns to Monaco. The Jumping International de Monte-Carlo, being held on Port Hercule from 30th June to 2nd July, will host its 16thedition in an event that features riders and horses combining both beauty and skill.

As the 10th stage of the Longines Global Champions Tour 2022, the Monaco competition offers one of the most beautiful settings of the season at the foot of the Prince’s Palace with a backdrop of glamorous yachts.

Over three days, riders will exhibit talent and dexterity culminating in the Longines Global Champions Tour Grand Prize from the Prince of Monaco on the final day.

In 2021, Irishman Darragh Kenny who won the Prize with his horse, Idalville d’Esprit. He beat out the other worthy riders who are ranked the best in the world, including recent winner of the Leipzig World Cup final, Swissman Martin Fuchs, who is third ranked, the eighth ranked Olympic Team Champion from London, Scott Brash, Frenchman Julien Épaillard, who is number 12 in the world, Simon Delestre, Olivier Robert, winner of two stages of the circuit in 2021 in Madrid and Rome, sixth ranked Brazilian, Marlon Modolo Zanotelli and Belgians Jos Verlooy, Olivier Philippaerts and Pieter Devos.

The Jumping International de Monte-Carlo has been affiliated with the Longines Global Champions Tour since 2016. The Global Champions League, a team competition, will take place in two rounds, the first on Thursday 30th June and the second on Saturday 2nd July.

Events at the national, amateur and professional level will be scheduled, with the Longines Pro-Am Cup as part of the programme, which brings together a five-star rider and a young talent to compete as a team.

The show will feature an exhibitor’s village, where craftsman and traders from the equestrian world will be available to show the public what it is they do and ask questions on their given topics.

Lest audiences grow hungry, dining options facing the track with the port in the background will also be possible thanks to the reception areas in the business and VIP boxes. Meals are also available from the Comptoir with its view of both the track and the paddock.

School of Irish Studies at Concordia! Principal Michael Kenneally meets Canadian Prime Minister Justin Trudeau and visiting Irish Prime Minister Enda Kenny. Photo: Facebook Concordia University, Alumni Relations[/caption] Principal and Chair at the School of Irish Studies at Concordia University in Montreal, Professor Kenneally will be the next distinguished speaker at the Princess Grace Irish Library. Michael Kenneally, who will address the subject of “The Irish in Canada: History and Achievements”, is a specialist in modern and contemporary Irish literature, as well as nineteenth-century writing by Irish-Canadian immigrants. He is particularly interested in fictional forms including Irish novels, short stories, and life-writing texts such as memoirs, diaries and letters. Along with the principal Irish investigator Margaret Kelleher (University College Dublin), Michael Kenneally is also the principal Canadian investigator of a multidisciplinary team of international scholars studying the impact of memory, identity and representations of the past in Ireland and Quebec. Among his publishing achievements is Sean O'Casey and the Art of Autobiography. In addition, Professor Kenneally has produced articles on autobiographical dimensions of writers such as W. B. Yeats, James Joyce, and George Moore, and has edited several collections of essays, including Irish Literature and Culture: Cultural Contexts; Literary Idioms in Contemporary Irish Literature; and Poetry in Contemporary Irish Literature. A former editor of the Canadian Journal of Irish Studies, Professor Kenneally currently serves as its Associate Editor. The talk takes place on Friday, September 15, at 7:30 pm. Reservations are essential due to the limited number of seats (+377 93 50 12 25 or pglib@monaco.mc). Entry €10 per person payable at the door, which close at 7:30 pm sharp. The Princess Grace Irish Library operates under the aegis of the Fondation Princesse Grace.

Maximising the most expensive square meterage in...

Local News Cassandra Tanti - May 27, 2019
With the latest report from Savills indicating real estate in Monaco is still the most expensive on the planet, Monaco Life asked Alan Waxman, founder of the interior design specialist Landmass, how owners can be making the most of those precious square metres.