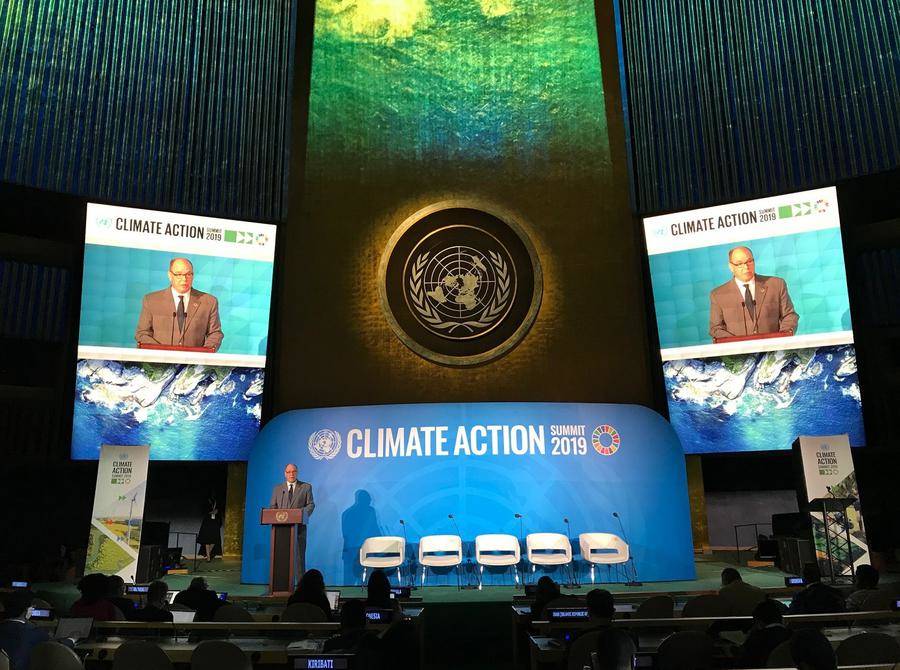 Prince Albert II was in New York earlier this week for the Climate Action Summit where he addressed the United Nations General Assembly and reaffirmed the Principality’s commitment to becoming carbon neutral by the year 2050.

The summit comes amid an unprecedented climate crisis: global greenhouse gas emissions are steadily increasing, temperatures in the past four years have been the warmest ever recorded, sea levels are rising and coral reefs are dying.

The effects of climate change are already being felt around the world and have real consequences for people’s lives, in terms of health and food safety.

However, current commitments are still insufficient to achieve the objectives set out in the Paris Agreement, namely to limit the increase in global temperature to less than 1.5°C by 2100.

In an effort to strengthen the climate ambition in the face this challenge, UN Secretary General Antonio Guterres brought together leaders from all over the world – heads of state and government, business leaders, representatives of youth and members of the public.

He also underlined the Principality’s mobilisation abroad, including the protection of the oceans, which are particularly vulnerable to climate change but also offer opportunities for climate action.

“It is with this conviction that Monaco has joined the Coalition of Nature-based Solutions, one of the nine thematic partnerships created in the run-up to the summit,” said the Prince.

Prince Albert also spoke of Monaco’s solidarity with the world’s most vulnerable populations and announced the Principality’s participation in the reconstitution of the Green Climate Fund, the main financial instrument for implementing the Paris Agreement in developing countries.