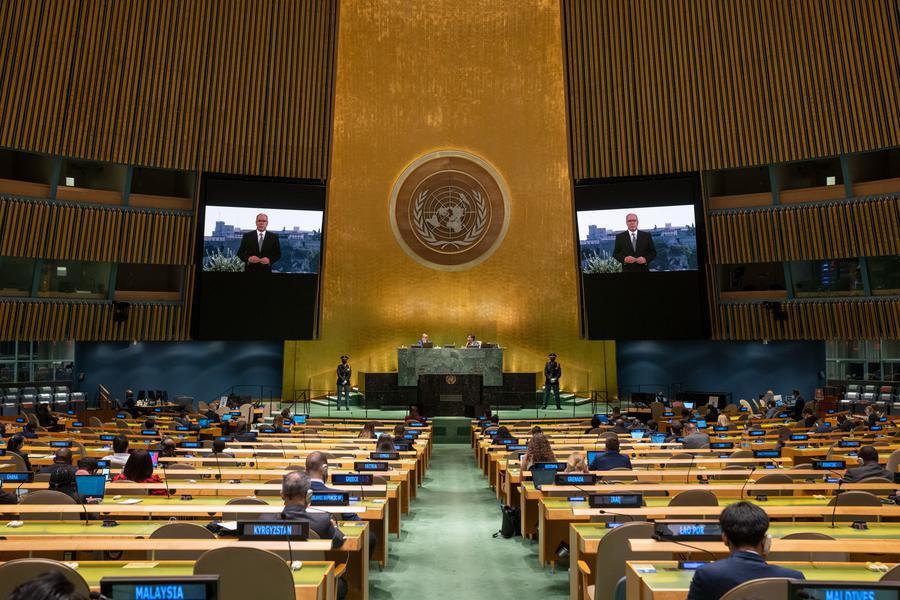 The 76th session of the United Nations General Assembly took place from 21st to 27th September, making the most of their first “hybrid” meeting merging virtual and face-to-face interactions.

Prince Albert II participated via the virtual option and pointed out the meticulous ongoing management of the health crisis by the Monegasque government. He also explained the government’s handling of support for individuals and businesses affected by the pandemic.

He went on to talk about more international topics such as the importance of multilateralism, the contribution of sport to the achievement of sustainable development goals, digital development, the fight against climate change and ocean protection.

On 23rd September, the Secretary General of the United Nations arranged a summit on food systems. He based the meeting around five courses of action hoping to raise awareness on how we produce, consume and see food. The event reaffirmed the international community’s will to fight against hunger and malnutrition.

Laurent Anselmi, Monaco’s Minister of External Relations and Cooperation, mentioned the Principality’s commitment to the implementation of the O.D.D. No. 2, the Decade on Nutrition and the Decade on Family Farming during this meeting. He also announced Monaco’s support for the ‘Coalition for school meals: nutrition, health and education for all children, under the aegis of the World Food Program.

The Permanent Mission of Monaco to the UN also took part in a number of events devoted to the plight of women, notably in Afghanistan, as well as on the climate and biodiversity.