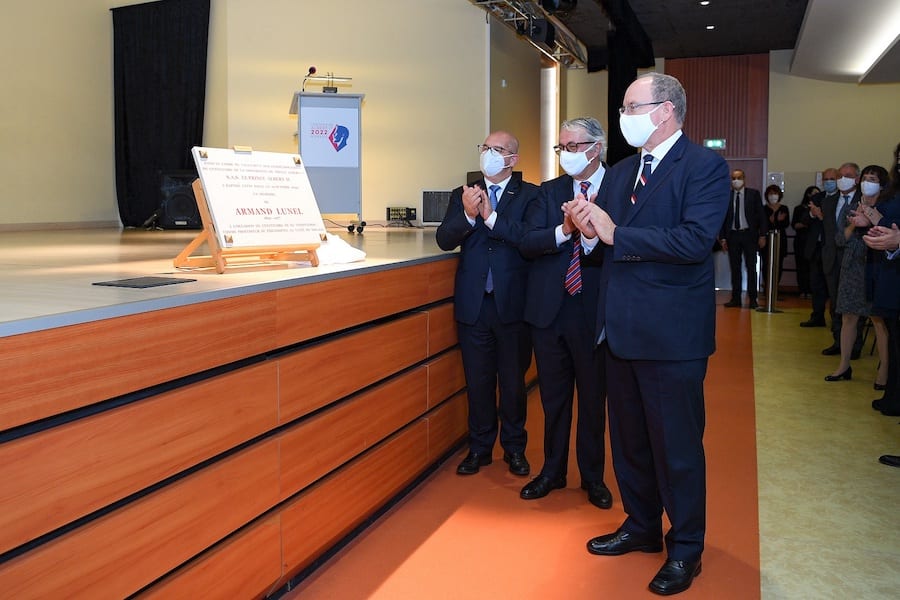 The Albert 1er Committee have been busy preparing for the upcoming two years of commemorations marking one hundred years since the death of Monaco’s first 20th century prince.

Since January 2019, the committee has been installed at the Oceanographic Museum, the beloved institution founded by Albert 1st, and in July of the same year, they unveiled his century logo at the Yacht Club of Monaco.

On Monday 19th October 2020, the committee held another event, fittingly at the Albert 1er High School, marking the launch of commemorations to come with the presentation of the celebratory programme to the public.

With Prince Albert II in attendance, the committee debuted a trailer produced for them by the Audio-Video Institute. This was followed by Robert Fillon, President of the committee, disclosing the highlights of the planned programme which will commence at the end of this year, and go on until the end of 2022.

They include a study day focussed on the 1911 Constitution, a tribute to Prince Albert I at the Naval Academy in Paris, and an exhibit of the Arctic expeditions of Prince Albert I and his cooperation with Norwegian scientists and explorers: 1898-1907.

Monday’s evening also celebrated another famous Monegasque, former Albert 1er high school teacher, writer and philosopher Armand Lunel. Lunel taught philosophy at the school from 1920 to 1953. This year marks the 100th anniversary of his arrival and to honour that, the school is naming their multi-purpose hall after him.

Prince Albert II revealed a dedicatory plaque in his memory in the presence of his family and Jean-Yves Giraudon, president of the PEN-Club, an association founded in 1968 by Armand Lunel himself.

Lunel received the first Renaudot prize in 1926 for his novel Nicolo-Peccavi or the Dreyfus Affair in Carpentras. He was also a symbolic figure of the Monegasque Jewish community during the Second World War.