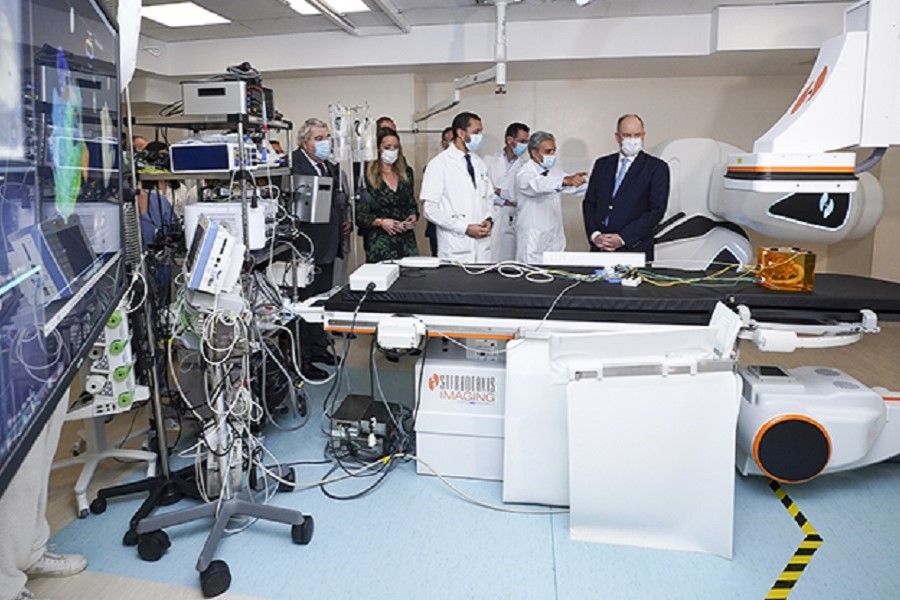 Prince Albert II was at the Princess Grace Hospital this week to visit the new robotic navigation room that will treat heart rhythm disorders, making it only the third hospital in the world to have such advanced equipment.

The latest equipment in the Centre Hospitalier Princesse Grace’s (CHPG) arsenal comes in the form of a new machine that uses magnetic robotic navigation to surgically remove tissue causing heart arrhythmias. It is operated remotely by computer.

Called the Robotic Navigation Room, it was unveiled on Wednesday 23rd November in a ceremony that brought Prince Albert II in for a visit, allowing him to witness how the system works, albeit not on an actual patient but via a “false heart” installed just for the presentation.

Though robotics have been used in these kinds of operations in Monaco since 2006, this next-gen machine uses ultrasound rather than radiofrequency or cryotherapy, better protecting surrounding tissue. It is also far faster than the old method, meaning patients are not under anaesthesia as long.

The CHPG now joins hospitals in the US and Finland in having such a sophisticated treatment option. Upward of 300 ablation operations are done in Monaco each year, with the patient’s average age hovering at about 60.

In additional to the new room, the Prince was on hand as the cardiology department was presented with the label of a European Centre of Excellence in the treatment of arterial hypertension by the European Society of Hypertension.

Going from strength to strength, CHPG is working hard to stay at the forefront of modern methods aimed at keeping the population healthier and longer.