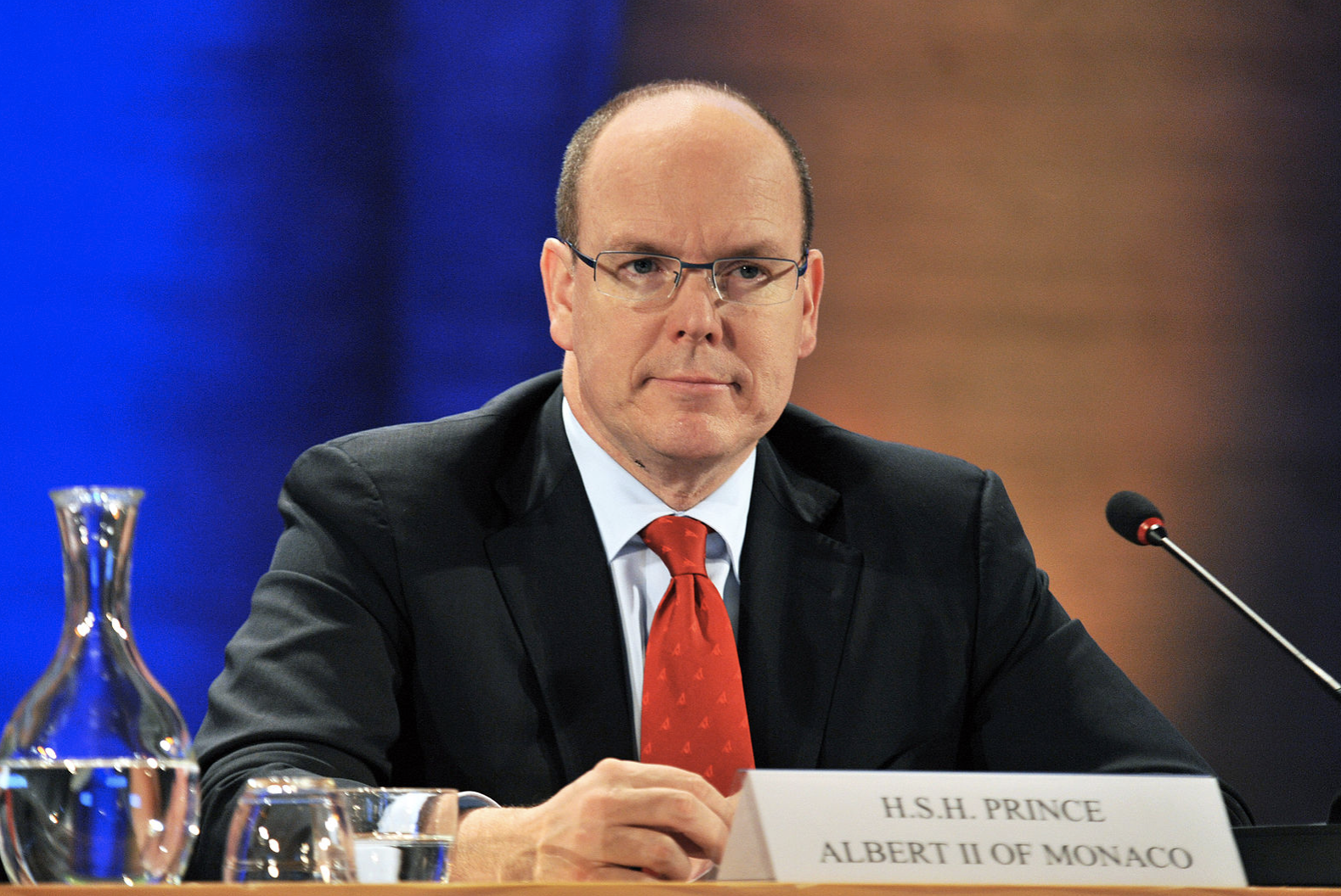 Prince Albert took part in the opening of the General Debate of the 72nd session of the General Assembly of the United Nations on Tuesday, September 19.

Before delivering his speech, the Sovereign Prince submitted the Ratification of the Convention on the Rights of Persons with Disabilities.

The Sovereign Prince took part in the lunch offered to the Heads of Delegation by HE Antonio Guterres, Secretary General of the United Nations.

The President of the French Republic, Emmanuel Macron, presented the preliminary draft of the Global Compact for the Environment.

Prince Albert has said he wishes to express his great interest in this document with a universal and binding application which recognises the right of future generations to sustainable development and aims to institute a follow-up mechanism composed of independent experts.

He recalled that the Bruntland Report and the Stockholm Conference of 1972 constituted the birth of environmental law, and that the United Nations Conference on Environment and Development, better known as “Rio 1992”, took on the pre-existing concept of sustainable development, as well as the principles included in the French project: prevention, precaution, compensation for damage, information and participation.

Indeed, environmental law is unique in that over time it has developed through the adoption of national legislation, sectoral international conventions, case law of state or supra-national courts and documents adopted at United Nations summits.

The Sovereign Prince will therefore give the utmost attention to the future of the Pact, which aims to establish a global partnership on a new and equitable basis.

In the evening, Prince Albert was expected to attend the traditional reception hosted by the President of the host country of the United Nations, Donald and Melania Trump.

The day before, Ambassador Extraordinary and Plenipotentiary of the Principality of Monaco to the US and Canada,HE Maguy Maccario, accompanied Prince Albert on his first visit to Westpoint, the US Military Academy. Prince Rainier and Princess Grace of Monaco visited the institution in 1956.

“The Sovereign received a warm and most impressive welcome,” Ms Maccario Doyle commented.

Local News Stephanie Horsman - February 8, 2021
AS Monaco saw their seventh straight victory when they faced off against Nîmes Olympique on Sunday night, but it was no walk in the park as both sides fought hard for their goals.

Photo: Facebook Festival de Cannes[/caption] The Cannes Film Festival, which opened on Tuesday, May 8, and runs until May 19, is making only a symbolic show of getting into the #timesup spirit. Attendees at the annual celebration of film have received fliers containing a message in French stating :“Good behavior is required” and adding “Don’t ruin the party. Stop harassment. The pamphlets included in the festival bags also have a hotline number for victims of sexual harassment or misconduct, or witnesses to report aggressors. The pamphlet has an illustration of a bow-tie and sports the hashtag #NeRienLaisserPasser, which roughly translates into Don’t Let Anything Happen. Cannes attracts thousands of film buyers, sellers, creatives and press from all over the world but, as the showbiz magazine Variety points out, many do not speak French. However, the flier does not have any translations, Variety complains. Festival director Thierry Fremaux told Variety last month: “Cannes cannot be a substitute for the justice system or police: There are laws against harassment and sexual assaults and we will remind people of them … But yes, we are thinking about communicating on a larger scale about issues of safety and good behaviour, through education. There are many organisations which do wonderful work which we would like to promote.”