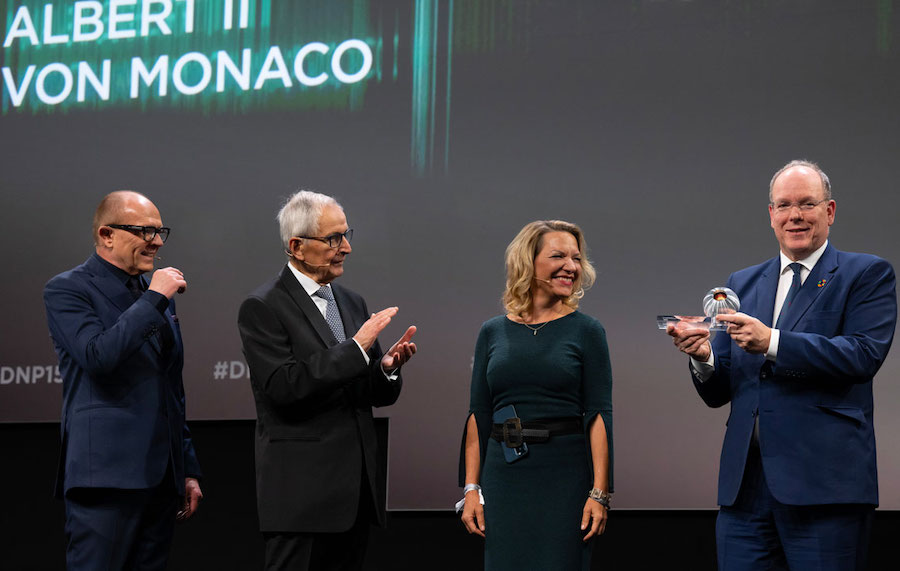 Prince Albert has been recognised for both his personal and his foundation’s work in sustainability at one of Europe’s largest awards ceremony for ecological and social commitment.

The Principality of Monaco, the second-smallest independent state in the world, is a big player when it comes to the environment and sustainability, and this is thanks in no small part to its monarch and leader, HSH Prince Albert II. Just one year after coming into sovereignty in 2005, he formed his namesake non-profit organisation, the Prince Albert II of Monaco Foundation, and since then has made it his mission to create a more sustainable future for our planet.

The foundation itself has funded 720 separate initiatives since inception, while the Principality of Monaco itself boasts a wealth of sustainability efforts including electric boat, bicycle, and car-sharing systems, a process of converting garbage into fuel, the lofty goal of zero single-use plastic waste by 2030, and even the world’s first 100% organic Michelin-starred restaurant. Just to mention a few.

The German Sustainability Award is a national prize for top performance in sustainability in business, municipalities and research. With eight separate competitions and around 1,000 entries, it represents the highest and most prestigious award of them all.

This year’s event marks the 15th anniversary of the award, and the two-day congress, attended by around 2,000 participants, has evolved to become the leading sustainability event and largest of its kind across Europe.

Ahead of the ceremony, Prince Albert was joined by German Chancellor Olaf Scholz at a welcome reception. The German Sustainability Award was then officially presented to him by Prof. Dr. Antje Boetius, German biologist and Director of the Alfred-Wegener Institute for Polar and Marine Research.

Just one week earlier, on Friday 25th November, the Prince Albert II of Monaco Foundation also celebrated the 15th anniversary of its own awards ceremony – the Planetary Health Awards – with three prize winners. Read more on that story here.