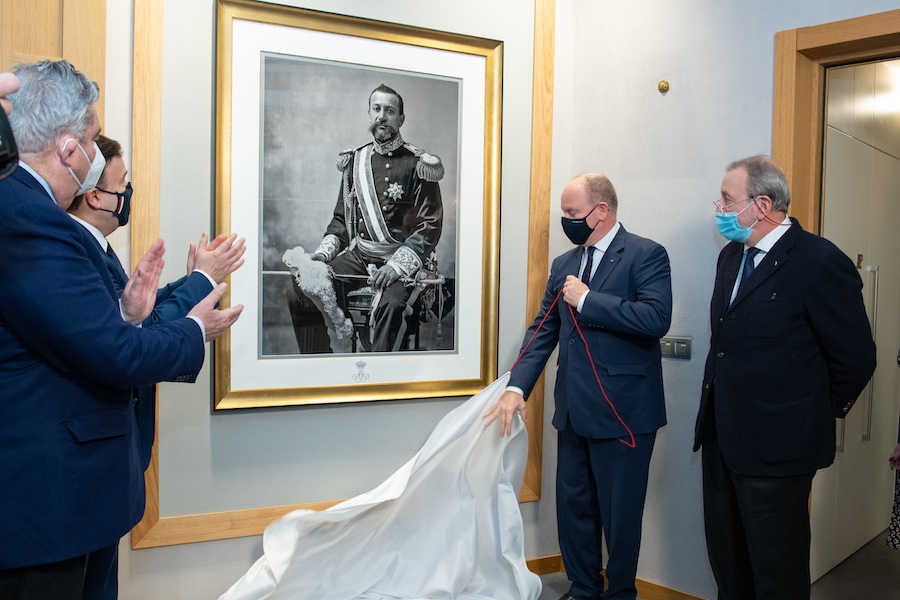 This year marks the 110th anniversary of the adoption of the Monegasque constitution and the subsequent creation of the National Council, the Principality’s elected legislative body. To mark the occasion, Prince Albert II, Stéphane Valeri and Professor Dominique Chagnollaud spoke at an assembled event to honour the institution and its founder, Prince Albert I.

The year was 1911 and Prince Albert I, at that time the Sovereign Prince, created the modern constitution of Monaco. As part of that historic text, he included the creation of an elected parliamentary body to give the people a voice in making laws and getting important issues heard, thus making Monaco a constitutional monarchy.

Constitutional monarchies were still something of a rarity in those days, and the progressive move was made even more so by the fact that Monaco’s sovereign was the head of an active and powerful political and social institution in its own right, though clearly not looking to be an absolute power.

This may seem normal in today’s parlance, but at the turn of the 20th century, it was quite remarkable.

It was not Monaco’s first stab at a constitution. In February 1848, an elective assembly was formed but was made invalid less than a week later when, on 2nd March, Roquebrune and Menton seceded from Monaco. This cut the territory of Monaco down from 25m2 to 1.5m2 and lowered the population to a manageable 1,200. This seemed, at the time, to eliminate a need for a formal elected body and was not revisited again until Prince Albert I.

In marking the National Council’s 110th anniversary on Tuesday 25th January, Council President Stéphane Valeri reminded the assembled council members that they share a special bond with the Princely family, and Prince Albert I specifically.

“Through this event, what will hold our attention today is the contribution of Prince Albert I to the Institutions of our country, through the granting of our first Constitution and therefore through the foundation of the National Council,” said the National Council president. “The attachment that we mentioned between Monegasques and their Princes was not born, as if by magic, from a constitutional text. Indeed, the symbiosis between Monegasques and their Sovereign has always been and will always be the strength of our country.”

The Prince expanded on this theme, saying, “We celebrate, in effect, in a way, a common ancestor. In fact, and as everyone knows, Prince Albert I is my great-grandfather, but he is also, as you have just recalled, Mr. President, the founding father of your institution.”

This sentiment was given more credence by the words of Professor Dominique Chagnollaud, President of the Cercle des Constitutionnalistes and Professor at the University Panthéon-Assas in Paris, who said, “This monarchy, instituted by the free will of the Prince, is unlike any other as its principles are so inherent in what I call the Monegasque constitutional identity, in a country, as the national anthem reminds us, where Monegasques are always linked to their Princes by a personal union.”

Prince Albert then unveiled a large photographic portrait of his great-grandfather at the newly-named Prince Albert I Library, saying, “I am very touched by your proposal – for which I thank you – to baptise the library of the National Council with the name of my great-grandfather, he who had founded the municipal library and reorganised that of the Palace.”