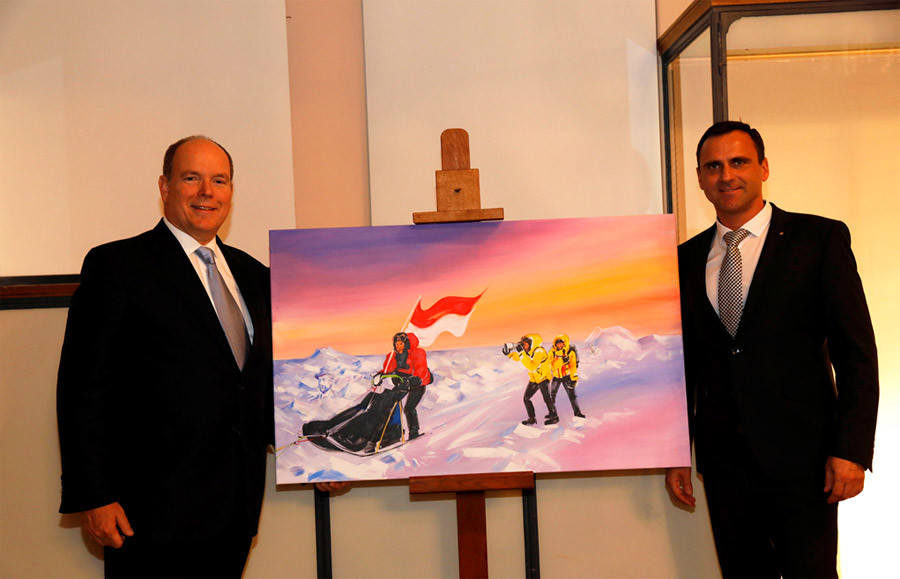 Slovak photographer and world traveler Filip Kulisev presented his newest work in the Galerie des Pêcheurs, next to the Oceanographic Museum of Monaco.

This is the third time Filip has been honored with an exhibit. This exhibit, Polar Planet, contains large scale photographs highlighting the beauty of some of the most spectacular sites of both the Arctic and Antarctic.

Polar Planet was created in cooperation with Poseidon Expeditions and was officially opened by His Serene Highness Prince Albert II of Monaco. “It’s another beautiful exhibit of Filip Kulisev. He has a way not only of making rendering species beautiful and attractive, but also rendering incredible places of our planet. He makes you want to go there for a visit. He captures incredible the very special light in the polar regions,” the Prince said.

The polar regions face climate change at its most visible. Glaciers are shrinking and many species are losing their natural habitat. Filip Kulisev has visited both the Artic and Antartic numerous times over the past 15 years. 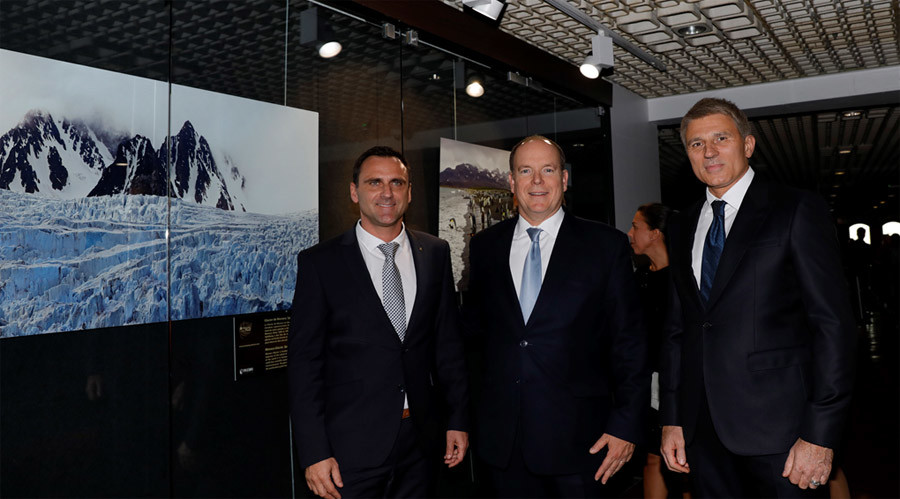 He said, “Despite the harsh conditions, the cold weather, and considerable discomfort, I enjoy the polar regions of the Earth immensely. It is fascinating to be able to photograph hundreds of thousands of penguins in one place on South Georgia and polar bears floating on icebergs searching for food. There is so much to admire in the varied landscapes and fauna of Antarctica, South Georgia, the Falkland Islands, Svalbard, Iceland, Franz Josef Land and Greenland.”

Svalbard, one of the last archipelagos on the way to the North Pole, has a special significance for Monaco. The great-great grandfather of the present Prince, Albert I of Monaco, who ruled from 1889 to 1922, was a famous oceanographer and voyager who made four trips to the polar regions. He was especially interested in Svalbard.

Filip said, “The photographs of the glaciers, fjords and many other places explored by this prominent scientist and ruler are an important part of the exhibition. This is also my tribute to Albert II, whom I greatly appreciate for his many good works in favor of saving the oceans and persuading politicians to take measures to moderate the effects of the global warming.”

The opening was attended by many distinguished guests from Monaco, Russia, USA, Switzerland, Norway, Germany, Japan and Slovakia. Polar Planet will be available for viewing through November 15th. Admission is free for the public twenty four hours a day, seven days a wek. The exhibit until and continues many years of cooperation between Kulisev and the Prince Albert II of Monaco Foundation, which has three priority objectives: to limit climate change, to safeguard biodiversity and to manage water resources.

In the past decade, traveler and photographer Filip Kulisev has been recognized as one of the world’s best landscape photographers. He has had more than 200 exhibitions in Slovakia and around the world. He is the author of nine books recording the diversity and beauty of the world’s natural wonders and the stories from his trips.

Culture Cassandra Tanti - August 21, 2021
Houda Bakkali is a Moroccan-Spanish artist embracing the digital era to produce truly unique, interactive works of art which she exhibits each year in the Principality.