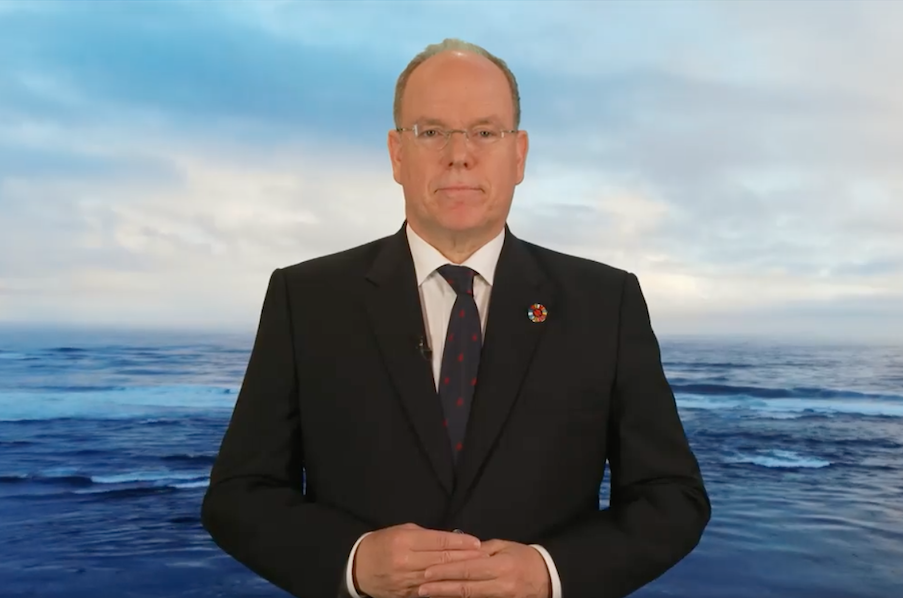 For World Ocean Day on Wednesday, Prince Albert II took to social media to remind people of the importance of looking after the world’s oceans, the key issues that are facing them, and the upcoming events that may help change things for the better.

Prince Albert II is known for his tough stance on the environment, as well as his tireless work in favour of it, especially when it comes to the oceans. This year, to mark World Ocean Day on 8th June, the Prince spoke out in a recorded video message about the challenges the seas face and what is being done to help lessen the pressure.

“There is a necessity to better preserve the oceans,” he said. “Global warming and pollution, of course, in particular from plastics but also ocean acidification and fish, certain forms of irresponsible aquaculture, and the exploitation of resources, are leading more and more to loss.”

Over 70% of the Earth is covered in water. Humans rely on the oceans for more than half the oxygen we use to breathe, as well as using the resources the oceans have to offer for food, transportation and more.

Today, the crisis facing the seas is massive. Estimates say that 90% of big fish populations are depleted and half the world’s coral reefs are decimated. Without intervention on a massive scale, the situation will continue to worsen, perhaps to the point of no return.

Events such as the UN’s Lisbon Conference taking place at the end of June, and COP 15 in October of this year, will put ocean causes at the heart of collective negotiations regarding the future, and ideally spur nations to be a united front.

The UN Conference in Lisbon, co-hosted by Portugal and Kenya, is looking to mobilise players using science-based innovations in green tech and sustainability, as well as addressing health and ecological threats, economic impact and ocean governance to protect the seas from those who have a disregard for its safety.

The COP 15 Biodiversity Conference will take place in Kunming, China in October and will focus on implementing the protocols agreed on in the Convention on Biological Diversity.

“I hope that this day will help us to move forward, so that together we can reconcile humanity and the sea around a more sustainable development model.”

The Prince also spoke of the marine protected zones, which international organisations are busy trying to create, the challenges facing the seas, such as plastics, acidification and overfishing, and for finding “concrete solutions” to rectify the problems of this “fragile ecosystem”.

To conclude his speech, the Prince declared: “we are capable, all together, of reconciling between humanity and the sea around a model that is more sustainable.”

See the video in French here.

Image of Prince Albert taken from the recorded video message