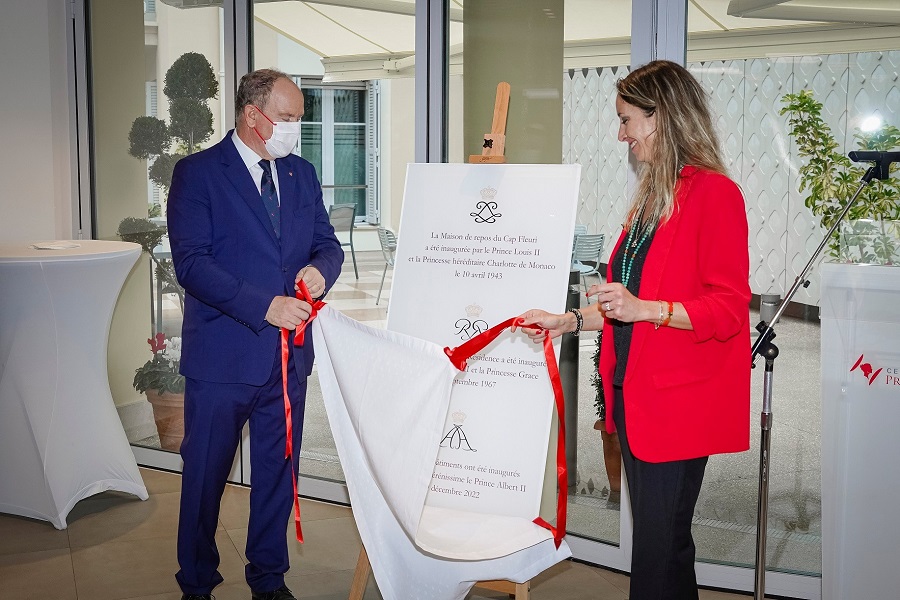 Prince Albert II has officially opened a refreshed, renewed and thoroughly modernised Cap Fleuri, a residential home in Cap d’Ail that was first inaugurated by his great-grandfather in 1943.

The official inauguration of the Résidence du Cap Fleuri saw Prince Albert have the honour of cutting the ceremonial red ribbon before a number of high-ranking Monegasque dignitaries from the political and social care spheres.

Built in 1943 as a place of rest and recovery by then-sovereign Prince Louis II, but later developed by Prince Rainier III, the Cap Fleuri Residence in Cap d’Ail had for some time been in need of updating to meet its residents’ needs. Over the last few years, an extensive reform and renovation of the original building has taken place, resulting in a two-stage project to bring the residency up to the requirements of the 21st Century.

The first stage of the project, Cap Fleuri II, was completed recently in 2022 and consists of an ambitious and innovative design that “puts the elderly person at the heart of the project”, as commented by Dr. Sandrine Louchart de la Chapelle, the head of the clinical geriatrics department at the Centre Hospitalier Princesse Grace (CHPG). The result of this is a home built around the primary objective to respect and support residents’ autonomy to the greatest degree possible.

This respectful and resident-centred approach has been further complemented by a second aim: to create a centre that, wherever possible, would combine the required medical care with a “modern and warm” residential setting. By removing the need for travel and providing a more seamless service, this innovative approach allows for a much less stressful experience for residents.

Damien Aimé, Executive Assistant at Cap Fleuri, explained that the residence boasts a wealth of cutting-edge technologies such as fall-detecting floors and top-of-the-range facilities, namely therapeutic baths, physiotherapy rooms, a chapel, a shop and dining rooms in each accommodation unit.

The completed area of the residence currently has a capacity of 78 beds over four levels. Once the reconstruction of the historic building is complete, the total capacity will increase substantially to cater to 208 residents.