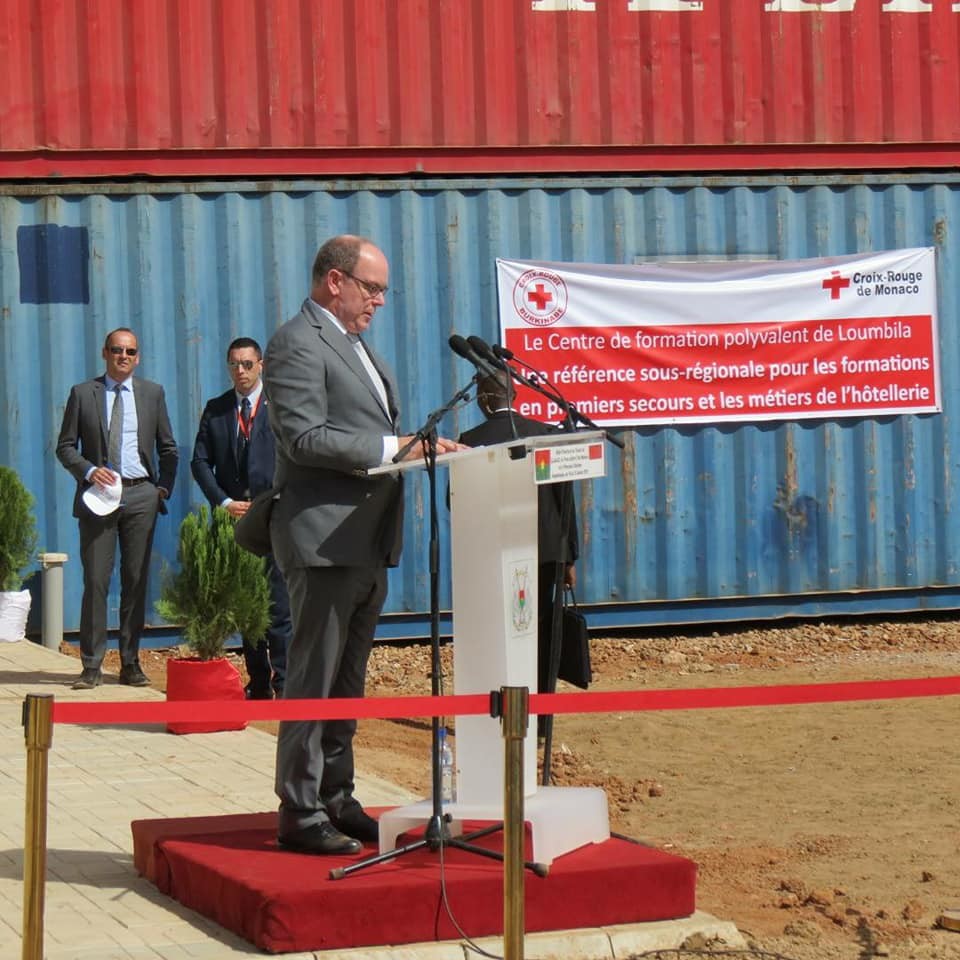 For many years, SMEG, Monaco’s electric and gas utility company, has sponsored various sustainable initiatives. These programs are sometimes financed by SMEG or supported by the association Energy Assistance Monaco (EAM).

“Few people realise,” says Christian Philipon, SMEG Project Manager and EAM Vice-President, “that SMEG has hosted EAM – who looks to sponsor international humanitarian projects aimed at providing assistance, logistics and equipment to populations without access to electricity – since its creation in 2011.”

Members of EAM are volunteers, employees of SMEG and Cometh Somoclim – trade professionals in air-conditioning, heating, ventilation and energy services in the Principality – who are committed to benevolent and ecological projects.

EAM follows the ethos of its founding branch, Energy Assistance (EA), created in Belgium in 2001 by employees of Tractebel, Electrabel and Fabricom to bring together volunteers – a combination of retirees and employees of the energy sector. EA France was founded in 2005, EA Monaco and EA Italy in 2011.

Giving second life to Monaco’s pavilion
One of SMEG’s most challenging humanitarian projects has been providing photovoltaic equipment for the new Aquatic Rescue and Training Centre in Loumbila, near Burkina Faso, which was inaugurated today in the presence of Prince Albert, the Monaco Red Cross, SMEG and the Burkinabè Red Cross.

SMEG’s involvement in the centre dates back to 2014, when designing the Monaco pavilion – with the theme “Feeding the planet, energy for life” – for the Universal Exhibition in Milan, that could be given a “second life” by recycling the building.

Based on a suggestion from the Monaco Red Cross (CRM), the government validated the “transformation” of the Milan pavilion to become an innovative and sustainable training and rescue centre near Ouagadougou, the capital of Burkina Faso.

Financial and technical support
In 2015, at the request of CRM, SMEG carried out a study which concluded that for a reliable and sustainable electricity supply, a solar hybrid solution with energy storage, conceived on the main part of the isolated site, would offer the best guarantees.

As a result, and with a €250,000 budget financed by SMEG, the centre was equipped with a photovoltaic field with a power of 56 kWp, a stationary battery bank of 4700Ah under 48V, and a set of inverters to supply the pavilion with three-phase power.

A solar generator prioritises energy supply to the roof of the building, and the surplus of energy is stored in a battery bank to ensure continuity of power in case of power loss or a network outage.

In case of high electricity consumption, or a day of bad weather, additional energy is provided by the public network or the generator. A set of inverters/chargers creates a three-phase, 400-volt “microgrid” to which the photovoltaic inverters are connected. 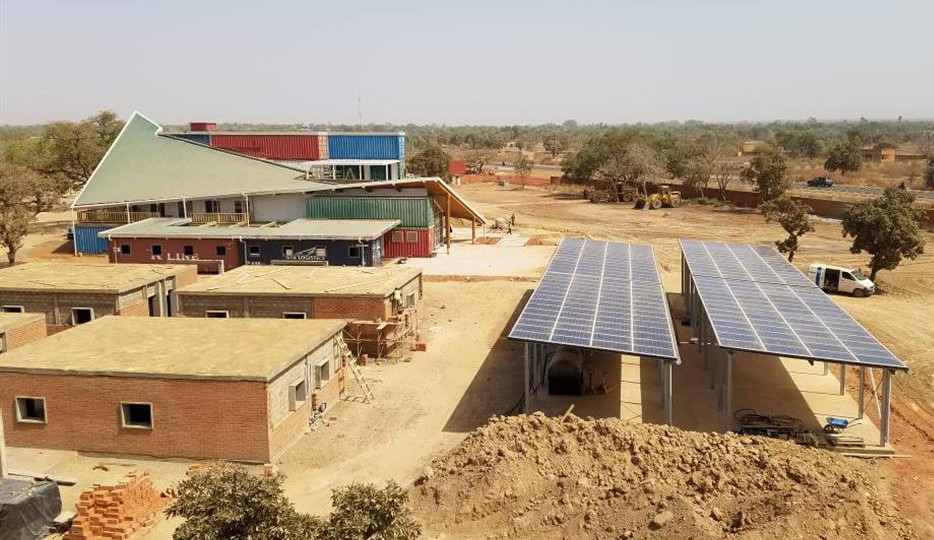 Control and monitoring equipment with graphical interface has been installed to allow real time visualisation of the different energy flows within the set-up, as well as the precise level of battery charge. Subject to internet connection, remote monitoring will be possible via a data logging system.

SMEG CEO Thomas Battaglione and Christian Philipon were on hand for the opening of the Aquatic Rescue and Training Centre. Mr Battaglione commented, “The significant reduction in the electricity bill, often the largest expense of such a structure, will facilitate the financial start-up of the centre and thus contribute to its long-term training and action activities in the service of the poor.”

Princely couple in Ouagadougou to strengthen cooperation with Burkina Faso

Photo: Facebook Gouvernement Monaco[/caption] On Monday, November 13, Minister of Finance and Economy Jean Castellini opened the annual conference at the Fairmont Monte-Carlo Hotel of officials of the Tourism and Congress Department’s (DTC) bureaus abroad. Every year, this conference is a unique opportunity to bring together the office’s representatives, some of who work thousands of kilometres away each day to promote the Principality. Each office had the opportunity to present the figures and trends in its market for 2017 and announced the various events and projects it plans to organise during the coming year. During the week, these representatives of the Principality will also be able to meet Monegasque tourism partners, including restaurants, hotels, incoming agencies, transport operators, and others. This is also the unique moment in the year when it is possible for these professionals to discuss together the strategies that will be developed and applied in foreign markets to increase the economic impact of tourism in the Principality. The DTC and its 10 offices organise more than 250 such operations each year in more than 20 countries. 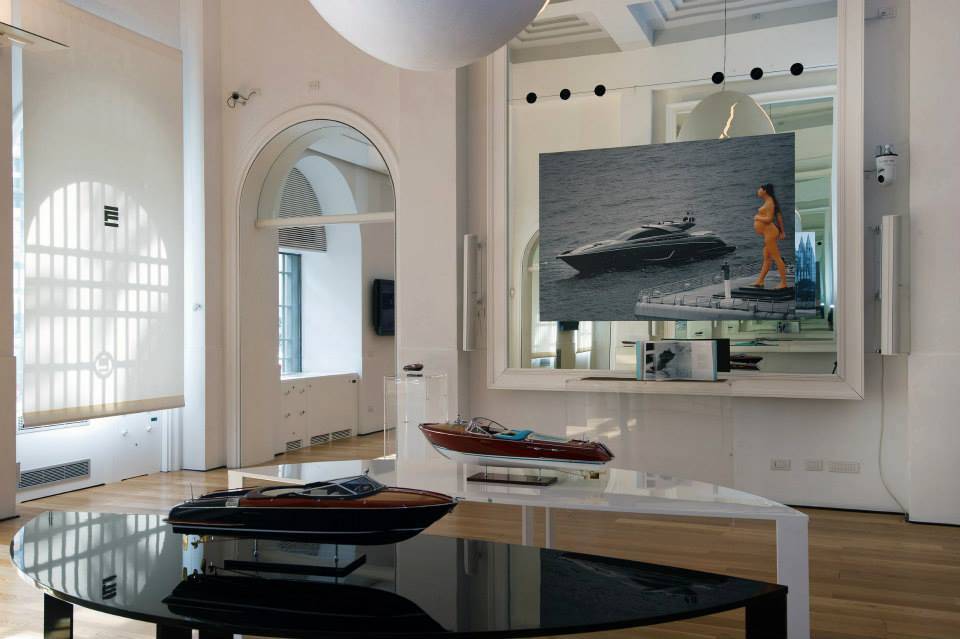 "Riva 170th Anniversary" exhibition. Photo: Francesco Rastrelli/Facebook Riva Yacht[/caption] Riva, which describes itself as the world’s most iconic shipbuilder, has been making sailing style and design an art form since 1842. Craftmanship, unmatchable quality, innovation and artistry have always been Riva’s hallmark. Carlo Riva said his boats were “designed with love”. For many years Lia Riva, Carlo’s daugter, and Monaco Boat Service have championed a variety of artistic projects in Monaco and across the French Riviera. Monaco Boat Service (MBS) is an official partner of Art Monte-Carlo and Festival Printemps des Arts, both of which are annual highlights in Monaco’s cultural calendar. The third edition of Artmonte-carlo will take place on April 28 and 29 at the Grimaldi Forum Monaco under the High Patronage of Prince Albert. This salon d’art aims to create a rich dialogue between the art market and the institutional world. Monaco Boat Service will host a celebratory evening at the iconic Riva Tunnel in Port Hercules on Thursday, April 26. The evening, curated in partnership with Artmonte-carlo and Nomad, will bring together artistic talents and luminaries. A performance piece created by artist Arabeschi di Latte and inspired by Riva’s maritime heritage and the design of the iconic “Aquarama” will premiere. A photographic exhibition by Gabriele Basilico and Marsio Cresci created in partnership with Officina Italiana Design will be on display at Grimaldi Forum. The exhibition beautifully documents the Riva shipyard in Sarnico, Italy, and the studio-laboratory of modern day Riva designers Officina Italiana Design. Over March and April, The Riva Tunnel will have played host to three evening concerts of glorious music. Ushering in the annual Festival Printemps des Arts, the concerts will showcase a new generation of young performers, stepping forward to take their rightful place on the world stage. The Riva family and Monaco Boat Service stand – Riva MBS – proud as supporters of the arts, encouraging new links between design, art and music. Since 1959, MBS has played a vital role in the daily life and business of Monaco. The exclusive Riva dealer for France and the Principality, MBS with its landing stages and hidden treasure – the Riva tunnel – is home to some of the world’s most beautiful boats. No stranger to famous passengers, Riva owners have included Princess Grace of Monaco, Sophia Loren, Brigitte Bardot, to name a few.