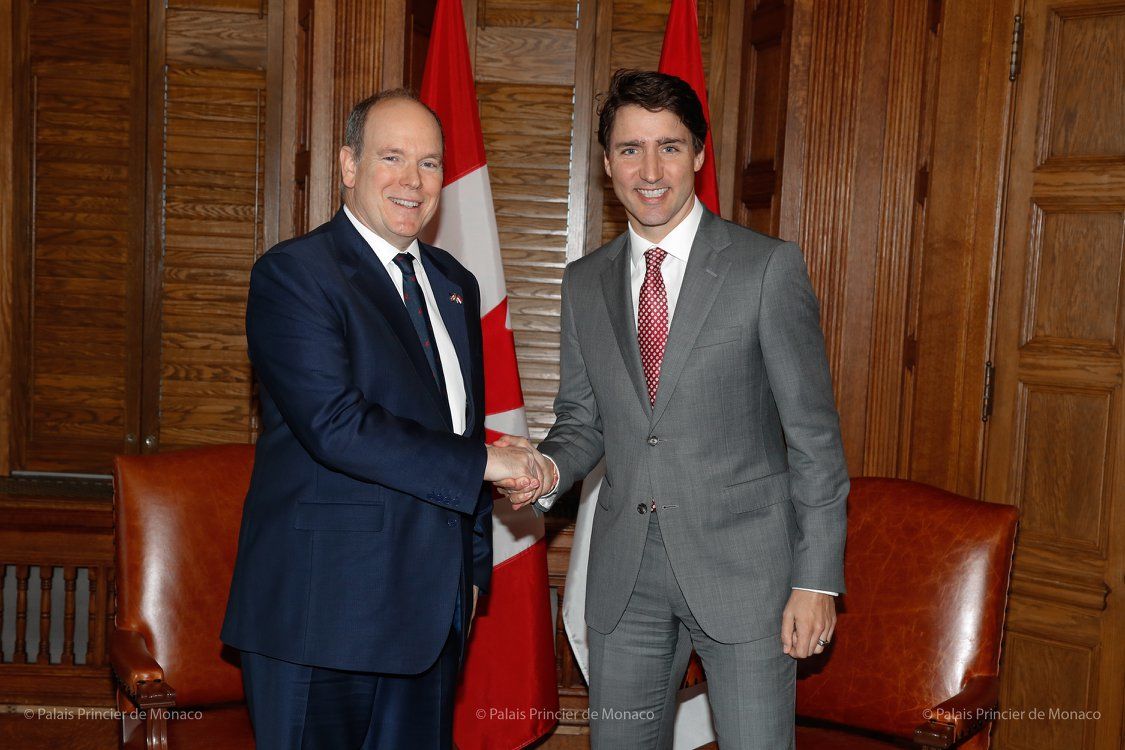 Prince Albert was received by Prime Minister Justin Trudeau on Monday, May 7, when he arrived at Parliament House in Ottawa, Canada’s capital. The two Heads of State, who share the same interests in environmental issues, discussed the commitments made under the Paris Agreement, the threats related to climate change, particularly in the Arctic and Antarctic, as well as the preservation of the oceans.

All of these are common concerns that have a long history of bringing the two countries closer together.

The North and South Poles are the first witnesses to global warming and Canada’s geographical position makes it one of the world’s first impacted territories. The Prince Albert II of Monaco Foundation has been addressing these issues since its inception in 2006.

The visit of the Sovereign Prince and his delegation continued with a luncheon hosted by Dominic LeBlanc, Minister of Fisheries, Oceans and the Canadian Coast Guard, where issues of common interest to both parties were discussed, particularly ocean conservation and marine pollution.

Prince Albert later went to the Canadian Museum of History to see the exhibition “To perish in the ice: The mystery of the Franklin Expedition.” The Sovereign was received by George J. Furey and Geoff Regan, respectively Speaker of the Senate and Speaker of the Canadian House of Commons.

In the evening, the Monegasque delegation took part in a dinner hosted by Governor General Julie Payette to celebrate 10 years of diplomatic relations between the two countries.