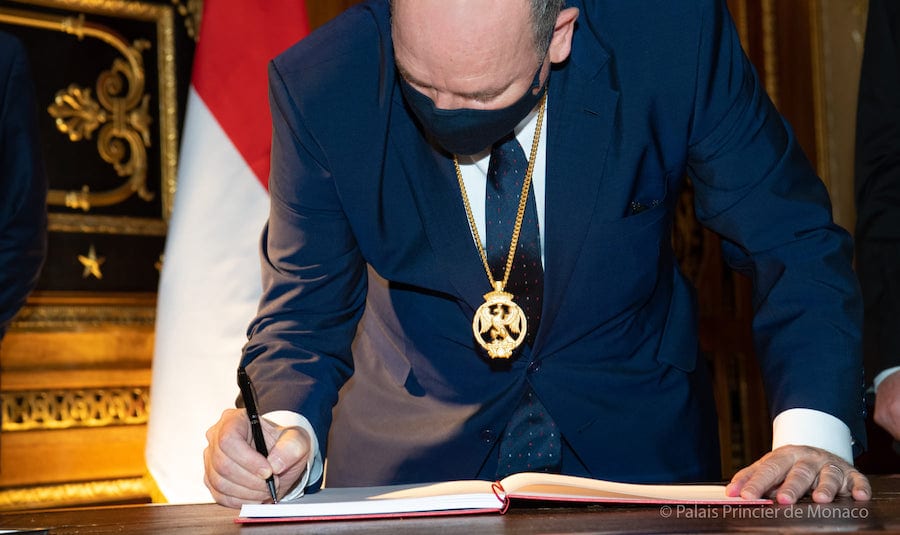 Monaco’s head of state has been honoured with the ‘Aigla Nissarda’, or Niçoise Golden Eagle, at a ceremony held at Villa Messéna, highlighting his ongoing support and contributions to the city of Nice.
Prince Albert II of Monaco was awarded the Golden Eagle award on Friday 11th December by the President of the Aigla Nissarda order, François Daure. The Sovereign shared the stage with Nice’s long time mayor, Christian Estrosi, who was also a recipient.
The Order of the Golden Eagle is a nearly 60-year-old association created to honour individuals who have a connection to the city of Nice and who “contribute to its influence and development.”


The first award was created by Léon Baréty, a former minister and deputy for the Alpes-Maritimes, in 1962. Baréty is the uncle of the current President of the Order, who revived the tradition in 2019 after it had slowly faded out over the years.
In a twice-yearly meeting, the Order gathers to propose and evaluate nominees. The criteria are that they have met at least one of seven areas of involvement: neighbourhood life, traditions and heritage of the old County, the influence and attractiveness of Nice, community life and solidarity, the environment, health and research and sport and culture.