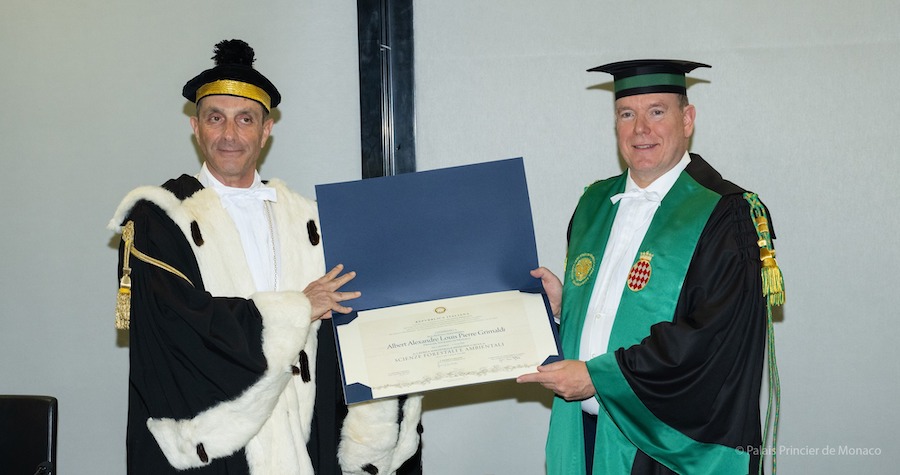 Hot on the heels of a successful trip to the United States, Prince Albert II has headed to the Calabria region of Italy to tour locations historically linked to the Grimaldi family and receive an honorary doctorate.

On 7th November, Prince Albert’s trip began at the National Museum of Magna Graecia in Reggio Calabria. Founded in 1882, the museum houses an important collection of items found on archaeological sites in the coastal regions of southern Italy and Sicily. The centrepieces are two bronze statues known as the Riace bronzes, sculptural masterpieces which are considered one of the biggest attractions at the museum. 2022 marks the 50th anniversary of the discovery of these two bronzes found off the coast of Riace on the site of a shipwreck which occurred in ancient times.

At the end of the day, the Prince was invited to wear the doctoral students gown at the Mediterranean University of Reggio Calabria where he received a Doctorate Honoris Causa in forest and environmental sciences. This distinction comes through his actions in the fields of biodiversity preservation, sustainable development and the fight against global warming, particularly in the Mediterranean.

That evening, the Prince and his delegation attended a gala dinner at Villa Fenice organised by the Italian branch of the Prince Albert II Foundation, led by its President Marco Colasanti.