Monaco unplugs for an hour Saturday evening despite day’s events 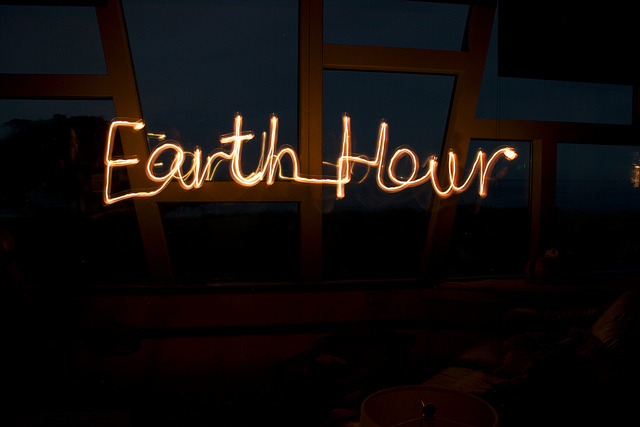 His Serene Highness Prince Albert has once again shown his support for “One Hour for the Planet” and “Operation Earth Hour” through personal commitment.

The 2017 edition will be held on Saturday, March 25, and the Prince’s Palace and all public buildings in the Principality will be immersed in darkness between 8:30 pm and 9:30 pm.

This initiative of the World Wide Fund for Nature (WWF) has been increasingly successful since 2008. For this 10th edition, the theme will be climate change.

Prince Albert II invites all Monegasques, residents, professionals and friends of the Principality to join him in this initiative by turning off the lights and unplugging non-essential electrical appliances for an hour to show their commitment to protecting and safeguarding the environment.

Around Monaco, Stars’n’Bars will switch off all lights and screens. At lunch and dinner, there will be a discussion on climate change with ecological workshops and awareness-raising colouring for children.

The Méridien Beach Plaza Hotel will also switch off all lights in the lobby, restaurant and congress centre in favour of candlelight.

The Columbus Monaco will shut off lights on the façade of the hotel, in the lobby and in the reception area. Hotel guests will be invited switch off their lights and small electrical appliances.

The Fairmont Monte-Carlo will switch off or reduce public lighting, as well as in some of the hotel rooms. Guests will be given a candle to encourage them to take part in Earth Hour.

Candles will also be lit at the Saphir24 Bistro, Lounge & Bar, where a “live cooking” event will take place on the day, using no electricity, and there will be live “unplugged” music.

A reminder that clocks go forward one hour Sunday at 3 am.

One more city has been added to the departure points of the new Rally Monte-Carlo Classique. Lisbon joins Barcelona, Bad Homburg, Copenhagen, Glasgow, Reims and Stockholm as a starting city, each with a maximum of ten cars. This fun-only event celebrates the 20th anniversary of the Rally Monte-Carlo Historique, and F.I.A. or FIVA identities form will not be needed, Monaco’s Automobile Club says. However, only exceptional cars, of a same model that actually participated in a Rally Monte Carlo between 1911 and 1980, will be accepted. The Rally starts on Wednesday, January 25. More information is available at Automobile Club de Monaco. READ MORE: No deal signed, says Monaco’s Automobile Club READ MORE: ACM in e-Rallye triumph

Lifestyle & Wellbeing Stephanie Horsman - December 31, 2020
Just as the number of Covid cases has begun to rise sharply in Monaco, the much-anticipated BioNTech vaccine has arrived and inoculation has begun at aged care homes.