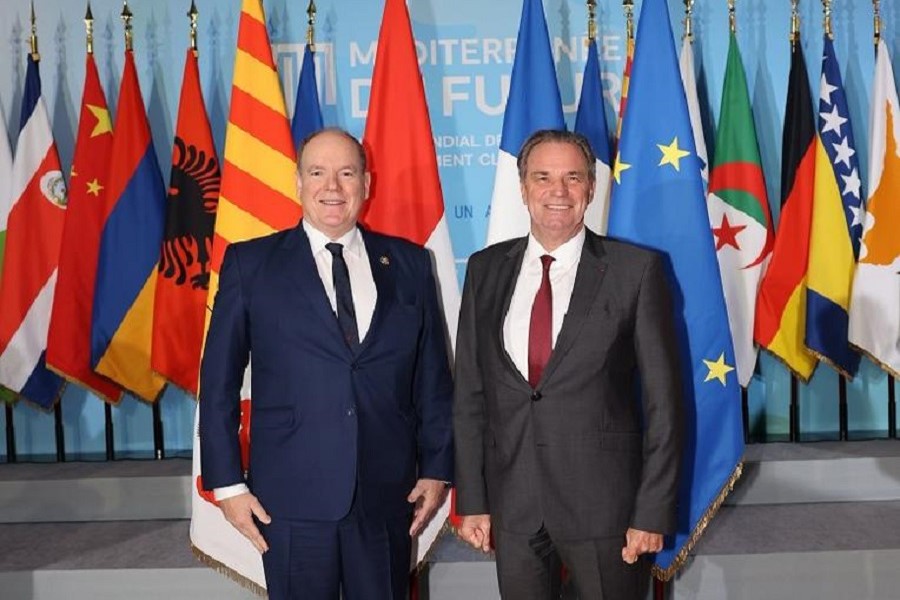 Pioneered by Prince Albert, a project to build an Académie de la Mer has been given unequivocal support by the PACA region, heralding a new age of collaboration and partnership.

The recent Act V of Mediterranean of the Future, a major conference involving European Mediterranean territories and stakeholders who come together to address the negative effects of climate change, was the scene for the announcement.

President of the Provence-Alpes-Côte d’Azur (PACA) region Renaud Muselier and Prince Albert had met to discuss the broad spectrum of issues related to climate change in the Mediterranean and, more specifically, the marine zone that borders southern France and the Principality, but it was the Monaco sovereign’s plans to found an educational institution – the Académie de la Mer – that proved to be the biggest highlight of the event.

The concept is a place of learning that focuses on three key areas: maritime law, international relations on issues related to the oceans and the sea, and major environmental themes.

The PACA region has thrown its support behind the plans, with Muselier complimenting the Principality for its efforts and insight on ecological issues in the Mediterranean.

“If there is one state that is ahead in the maritime field, it is the Principality of Monaco,” he said. “For more than a century, it has been equipping itself with infrastructure, tools and major institutions. As the pilot region for ecological planning in France, committed to a 100% climate-focused approach that is unique in Europe, I am keen for the [PACA] region to support this absolutely essential initiative.”

Prince Albert also shared his enthusiasm for the collaboration, saying, “I am delighted by the PACA region’s support for this project, the value of which must be viewed in light of the challenges that the Mediterranean, like all the other seas and oceans, will have to face in the future.”

The inspiring project is yet to be formalised, but the two men will meet again in March, this time in Monaco and during Oceans Week, to hash out the details and determine how exactly the PACA region will contribute to its design as well as the role it will play in the future institution.