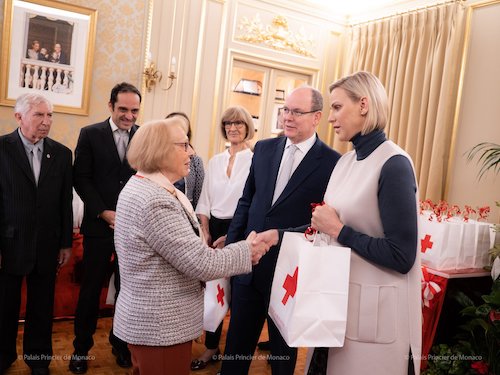 Prince Albert and Princess Charlene have continued a long-standing tradition as part of National Day celebrations, distributing gifts to the elderly at the headquarters of the Monaco Red Cross.

The event was held on Friday 15th November, during which the Princely couple handed presents in white paper bags emblazoned with the charitable organisation’s emblem to elderly residents of Monaco.

The gifts were also offered to the town halls of the bordering communes. 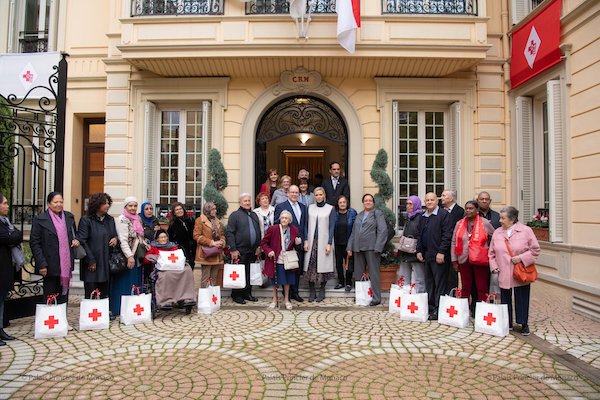 The residents who received gifts then gathered on the steps leading up to the Red Cross headquarters on Boulevard de Suisse for a photograph with the Princely couple. 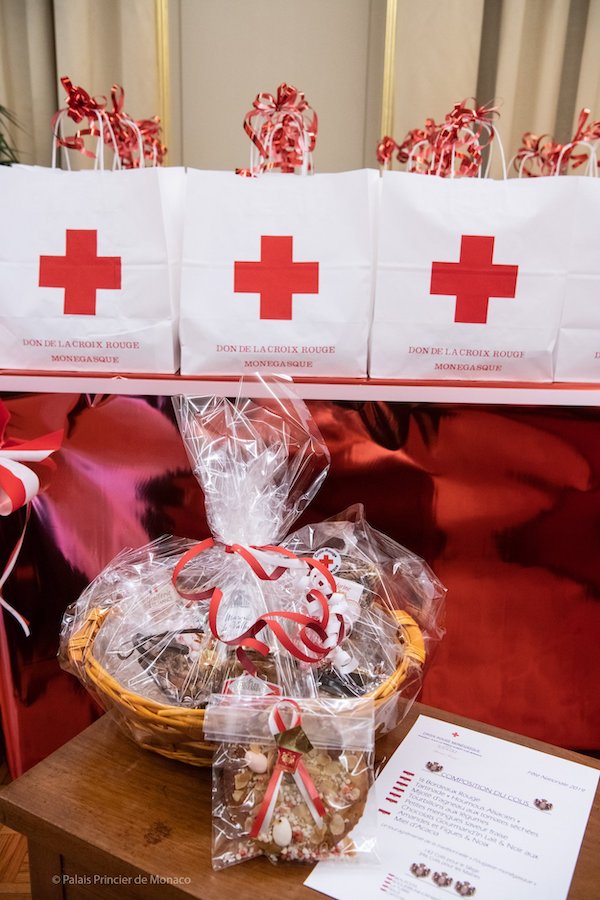 The International Federation of Red Cross and Red Crescent Societies (IFRC) is the world’s largest humanitarian and development network, with millions of volunteers in 190 member National Societies.