Prince and Princess commemorated with €2 coin

Prince and Princess commemorated with €2 coin 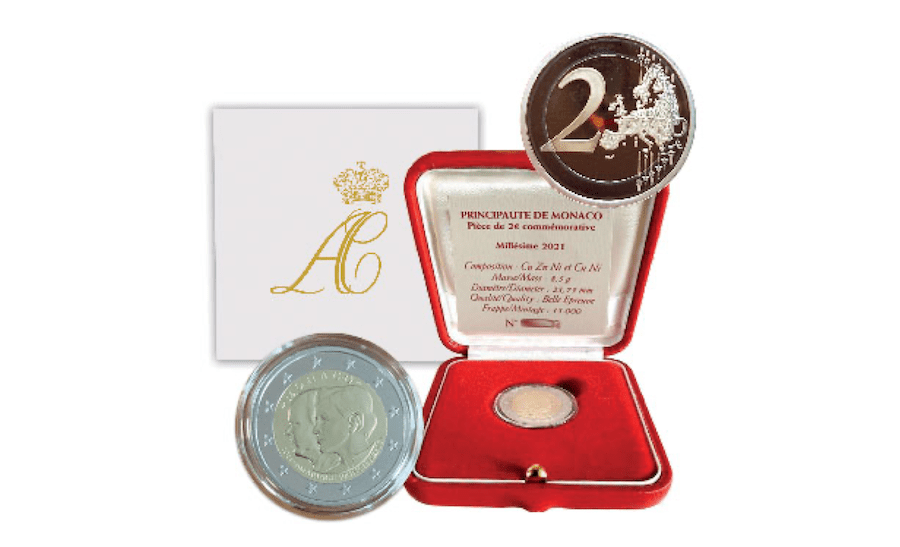 To mark the 10th wedding anniversary of the Prince and Princess of Monaco, the Principality has unveiled a limited edition €2 coin depicting the profiles of the Princely couple with an inscription.

Monaco has issued 15,000 new €2 commemorative coins to celebrate the milestone wedding anniversary of Prince Albert II to Princess Charlene. This limited-edition coin, which has only been on sale since Wednesday, already has over 11,500 takers, leaving only a small number left to be had.

The design features the Prince and Princess with “2011 Princely Wedding” engraved at the bottom and “Monaco” emblazoned across the top.

Due to the small number of coins available and the high demand, the Monaco Stamps and Coins Museum is only allowing one coin per person to be purchased. They ask that information inputted online be double-checked as any special characters that are not compatible with their computer processing will be automatically deleted.

The coin is currently on sale on the Monaco Stamps and Coins Museum website at www.mtm-monaco.mc and is going for the princely sum of €120. Shipping costs are not included in the price.