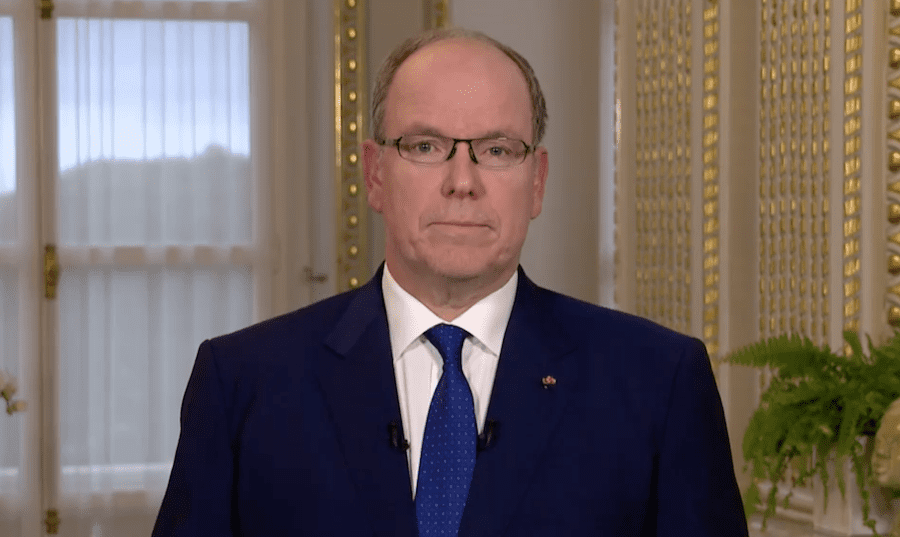 Monaco’s curfew will be extended to 11.30pm on 24th December to allow for Christmas celebrations, while only restaurants will be given an extra hour of reprieve on New Year’s Eve. Almost all other measures currently in place will remain until at least 15th January.
Prince Albert spoke to the citizens of Monaco in a televised address from his Palace on Wednesday night, saying: “Although it has been announced that vaccination programmes are either underway or immanent, this must not be interpreted as meaning life can return to normal right away. It will take several months before that is possible.”
He confirmed that his government has put together a national vaccination plan which is now ready and will begin as soon as vaccines are given approval.
However, he added, “We must not let our guard down and put everything that we have achieved so far at risk by lifting the health measures too quickly and too loosely.”
He announced that almost all of the current measures, including the 8pm to 6am curfew, will remain in force until at least 15th January.
An exception, however, has been made for the 24th December – the day on which Monegasques traditionally celebrate Christmas – when curfew will not come into force until 11.30pm.
On the 31st December, New Year’s Eve, restaurants will be allowed to stay open until 10.30pm – an hour later than the current curfew.
Furthermore, non-residents will only be allowed to enter Monaco if they have a hotel reservation.
For everyone else in the Principality, an 8pm curfew still applies for New Year’s Eve.
Public gatherings will be banned on both the 24th and 31st December.
Minister of State Pierre Dartout is expected to reveal more details in a press conference on Friday, including a lifting of the ban on sports activities.
“I understand the efforts that are being asked of you during this festive period, when family is so important. We must continue on this path as we have made great progress together in the fight against this epidemic. I know I can count on your understanding and readiness to do what needs to be done in order to overcome this ordeal,” concluded the Prince.